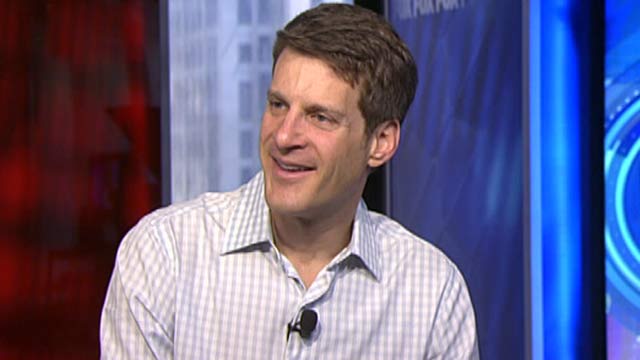 The most overlooked leadership skill you need to learn

Peter Bregman with tips on how to become a great receiver

Even before I released the disc, I knew it was a long shot. And, unfortunately, it was a clumsy one too.

We were playing Ultimate Frisbee, a game similar to U.S. football, and we were tied 14-14 with a time cap. The next point would win the game.

I watched the disc fly over the heads of both teams. Everyone but me ran down the field. I cringed, helplessly, as the disc wobbled and listed left. Still, I had hope it could go our way.

Sam was on my team.

Sam broke free from the other runners and bolted to the end zone. But the disc was too far ahead of him. He would never make it.

At the very last moment, he leapt. Completely horizontal, Sam moved through the air, his arms outstretched. Time slowed as he closed in on the disc.

The field was silent as he slid across the end zone, shrouded in a cloud of dust. A second later he rose, Frisbee in hand. Our team erupted in cheer.

Sam’s catch won us the tournament.

It also taught me a great lesson: Never underestimate the value of a talented receiver.

I was reminded of Sam’s catch recently after broaching a sensitive topic with Alma*, a client. The conversation was about some concerns I had about an upcoming meeting she was leading as well as my own insecurity about how I could help.

I entered the conversation awkwardly, apologizing, and offering too much context. Even once I broached the issue, I felt tentative, unclear. I cringed as I felt my words hang in the air.

Thankfully, though, Alma turned out to be a Sam-level receiver.

Alma listened without a trace of annoyance. She asked questions — not to defend herself or refute my thoughts — but to understand my perspective more clearly. She was gracious, skilled, and accepting.

Her ability to receive me, and my opinions, led to a deep and valuable conversation about her performance, my role, and the needs of her team. A few weeks later, she showed up powerfully and led a remarkable meeting.

Typically, we choose our leaders for their skill at conveying messages clearly and powerfully. But, in my experience, it’s their ability to receive messages that distinguishes the best leaders from the rest.

That’s because the better you are at receiving, the more likely people will talk to you. And that’s precisely what every one of us needs: to be surrounded by people who are willing to speak the unspoken.

So how do you become a great receiver?

1. Be courageous. We often attribute courage to the speaker, but what about the receiver? I may have been scared broaching topics with Alma, but I had the advantage of time and preparation. I could control what I said and how I said it. I was able to think about it beforehand, write down a few notes, and test my thoughts with someone else. The receiver has no such advantage. Like Sam, he has to receive my throw, however, whenever, and wherever it lands. He has to be willing to listen to something that might make him feel afraid or insecure or defensive. And if he is a great receiver, he will take in the information or message thoughtfully, even if the delivery is awkward or the message jarring. That takes tremendous courage.

2. Don’t judge. Receiving is as much about what you don’t do as it is about what you do. Resist the temptation — blatantly or subtly — to be critical of the speaker or what the speaker is saying. Don’t argue with her, poke fun at her, shame her, act aggressively, turn on her, become defensive, or act cold toward her.

3. Be open. In order to receive a pass in any sport — and at work and in life — you need to be free, open, and unguarded. Yet we often guard ourselves. Powerful feelings like fear, anger, sadness, and insecurity do their best to block our ability to receive a pass. If you want to be a talented receiver, your task is to feel your feelings without letting them block or control you or your response. Breathe. Acknowledge what you’re feeling to yourself — maybe even to the other person — without dwelling on it. Reiterate what you’re hearing, ask questions, be curious. Not curious in an “I-will-find-out-enough-information-so-I-can-prove-you-wrong” way. Curious to understand what the person is saying and to understand what’s underneath what they’re saying.

If you can be courageous, avoid judging, and stay open — even if the toss is awkward and the message unsettling — then, like Sam, like Alba, you’ll be able to catch pretty much anything.

And when you’re skilled at that, you’ll be a most valuable player of any team you’re on.

*Names and some details changed