Danica Patrick’s career ended at the Daytona 500 on Sunday but her legacy will last a lifetime, former NASCAR driver Kyle Petty says.

Though not the only female driver, Patrick did the most for the sport and opened the door for more female ownership, crew chiefs, engineers and driver positions, he said.

“I think this has given our female audience an opportunity to view our sport and say there is a place there,” he added.

On Sunday, Patrick’s NASCAR career ended with a 35th-place finish in the Daytona 500, while Austin Dillon claimed victory behind the wheel of the iconic No. 3 Chevrolet driven by Dale Earnhardt, 17 years after his fatal crash. 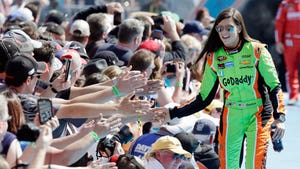 Darrell “Bubba” Wallace Jr., piloting Richard Petty’s famed No. 43, came in second. He is the first African-American to compete in the Monster Energy Cup Series since Wendell Scott in 1971.

“My father couldn’t have been happier,” Petty announced.