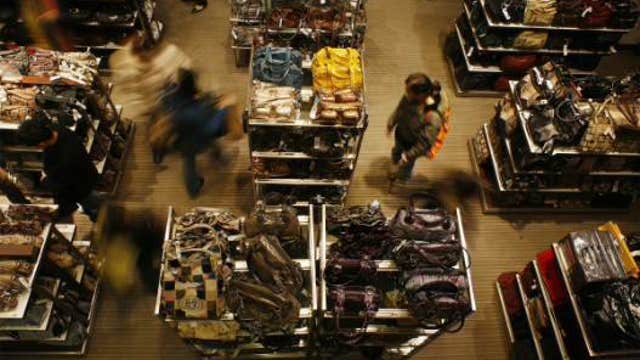 Can brick-and-mortar compete with online retailers?

Early holiday promotions and rising online shopping took a toll on in-store U.S. sales during the Thanksgiving weekend as shoppers on average spent 6.4 percent less than they did a year earlier, according to data released Sunday by an industry group.

The National Retail Federation estimated shoppers on average spent $380.95 at stores this holiday weekend, which began on Thursday, compared with $407.02 a year ago, and total spending fell about 11 percent to $50.9 billion over the weekend.

NRF President and Chief Executive Matthew Shay said there is an "evolutionary change" in holiday shopping among both consumers and retailers, and this trend is likely to continue.

The data highlights the growing importance of online sales and the waning importance of Black Friday, which until a few years ago traditionally kicked off the holiday shopping season in the United States, as more retailers open their doors on Thanksgiving Day and start discounting merchandise earlier in November.

The Thanksgiving weekend is an early gauge of consumer mood in a season that generates about 30 percent of sales and nearly 40 percent of profit for retailers.

Discounted high-end apparel, televisions and toys were the most popular this year followed by items including video games, home furnishings and jewelry, according to the NRF survey of 4,631 consumers.

RetailNext, another analytics firm, on Sunday said it found overall shopper traffic on Black Friday fell 14 percent, but on average shopper spending rose 1.9 percent, as conversion rates were higher, with shoppers spending more once in the store.

"Sales on Black Friday were very disappointing but retailers managed to drive a lot of people to their websites early on which helps us remain optimistic about the overall holiday season," said Shelley Kohan, vice president, retail consulting, at RetailNext.

The NRF stuck to its forecast for retail sales to rise 4.1 percent this holiday season.

(Reporting by Nandita Bose in Chicago; Editing by Jilian Mincer and Eric Walsh)