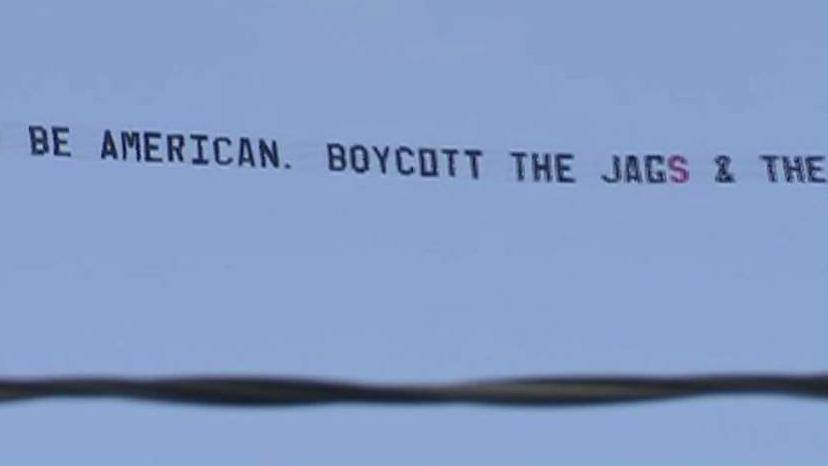 Small business owner Terry Smiley is urging football fans to quit watching the NFL, and he even hired a pilot to fly his message over a Jacksonville Jaguars game.

Smiley paid to have a banner flown over EverBank Field for nearly two hours during the Jaguarsâ€™ game against Los Angeles Rams on Sunday. The Florida resident says fans should boycott the NFL as long as players continue to kneel during the national anthem. The banner read, â€œBe American. Boycott the Jags & the NFL.â€

In an interview on FOX Business, Smiley said he was â€œdisgustedâ€ when Jaguars players protested during the anthem before a game in London but stood for â€œGod Save the Queen.â€

Smiley said fans should change the channel on their TVs or avoid restaurants that show NFL games.

His banner will fly again on Nov. 12, when the Jaguars host the Los Angeles Chargers. Fans on social media are also calling for NFL boycotts on Veterans Day, Nov. 11.

â€œIâ€™m representing thousands of people, and I guarantee you half the football players feel the same way I do. You see the football players standing. Theyâ€™re probably tired of it, too,â€ Smiley said. â€œI want to be able to come home, kick back, drink a beer and watch football. But I wonâ€™t be watching football until this is taken care of.â€