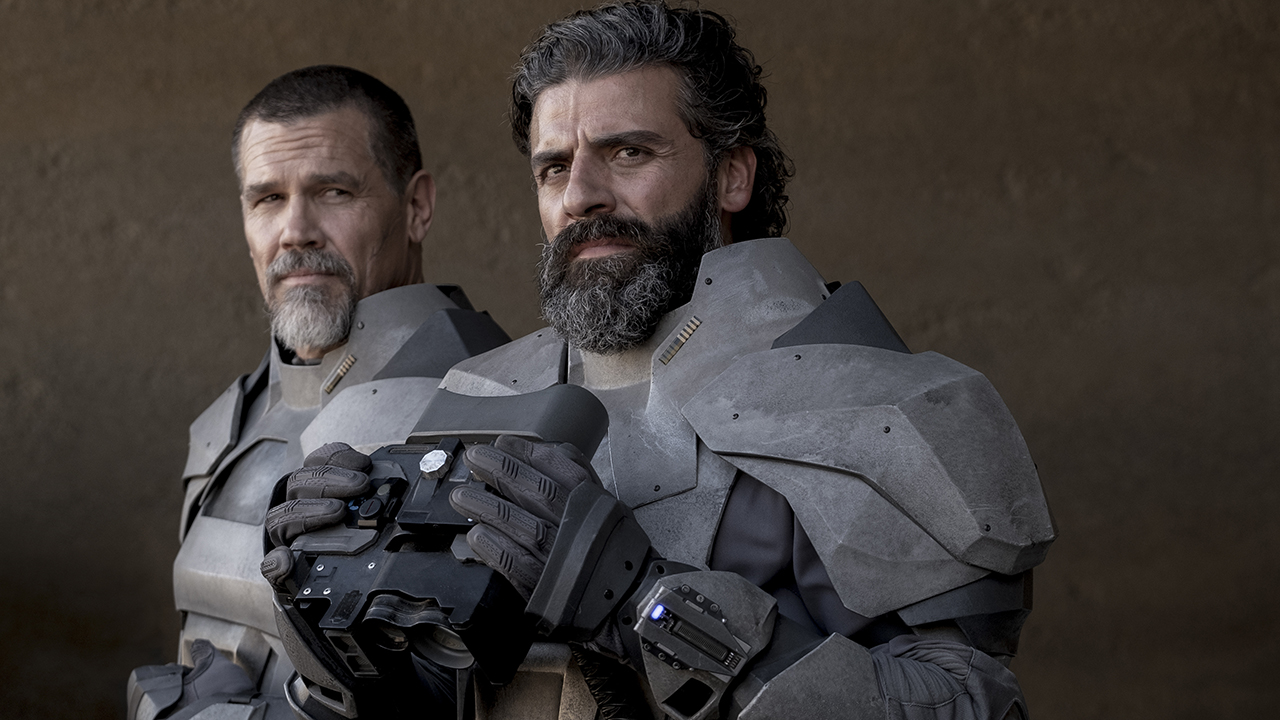 Denis Villeneuve's "Dune" debuted with $40.1 million in ticket sales in its opening weekend in North America, drawing a large number of moviegoers to see the thundering sci-fi epic on the big screen despite it also being available to stream in homes.

Warner Bros. launched the Legendary Entertainment production simultaneously in theaters and on HBO Max. When the studio first charted that course for all its 2021 releases due to the pandemic, how the strategy would affect "Dune" — one of the year's most anticipated spectacles — was always one of the biggest question marks. Villeneuve vehemently protested the decision.

"I strongly believe the future of cinema will be on the big screen, no matter what any Wall Street dilettante says," Villeneuve wrote in a lengthy statement to Variety last December.

Warner Bros. has continued to maintain it will return to exclusive theatrical releases next year. For now, the $165 million-budgeted "Dune" marks the best domestic opening for any of the studio's hybrid releases, surpassing the $31.7 debut of "Godzilla vs. Kong" in March. Expectations had hovered closer to $30-35 million for "Dune."

"This was a tremendous result as we're ramping out of the pandemic," said Jeff Goldstein, distribution chief for Warner Bros. "Once we get out of the pandemic, if we have a movie like this, clearly you'd want to go into theaters first. There's no question of that."

Goldstein estimated the film would have debuted with approximately 20% more in box office had it not also been streaming simultaneously. (The studio didn't release streaming figures.) Coming into the weekend, "Dune," which first premiered at the Venice Film Festival in early September, had already grossed $130 million internationally. This weekend, it debuted with $21.6 million in China, where Legendary and Wanda handled distribution. Altogether, "Dune" added $47.4 million internationally for a global cumulative gross of $220.7 million.

"Dune" is the second big-screen attempt to adapt Frank Herbert's 1965 epic, following David Lynch's much derided 1984 version. Villeneuve's "Dune," which adapts only the first half of the book, stars Timothée Chalamet, Oscar Isaac, Rebecca Ferguson, Zendaya and Javier Bardem. Legendary and Warner Bros. have yet to confirm a sequel to "Dune," which chronicles a violent power shift on the desert planet Arrakis, where a valuable mineral called "spice" is harvested.

Moviegoers gave "Dune" an A- CinemaScore and critics (83% on Rotten Tomatoes) have praised the operatic sweep and visual craft of Villeneuve's film. It fared particularly well on large-format screens, with IMAX accounting for about $9 million in ticket sales.

"What I think Warner's strategy has proven is that movie fans, by and large, will choose the movie theater experience when given the choice — particularly for movies like this," said Paul Dergarabedian, senior media analyst for data firm Comscore. "This should be a very encouraging sign for theater owners. The allure of the movie theater remains whether a piece of content is available at home or not."

"No Time to Die," Cary Fukunaga's James Bond film starring Daniel Craig, came in third with $11.9 million in its third week. Worldwide, the film has brought in more than $525 million. MGM, United Artists and Universal Pictures charted a theater-only release for "No Time to Die."

The weekend's biggest disappointment, albeit not unexpectedly, was "Ron's Gone Wrong." The lightly marketed Disney animated release, produced by 20th Century Fox before Disney acquired the studio, opened with a modest $7.3 million domestically and about the same internationally. But with good reviews and an "A" CinemaScore from audiences, the film could hold well in the coming weeks, with little family competition. "Ron's Gone Wrong" is about a middle-schooler and his walking, talking digital device Ron (voiced by Zach Galifiniakis).

Another Chalamet film, "The French Dispatch," also debuted strongly. The Wes Anderson film, released by Disney's Searchlight Pictures, launched with $1.3 million in 52 theaters. That gave "The French Dispatch" the best per-theater average of the pandemic. Anderson's ode to the New Yorker, which had been delayed by a year because of the pandemic, opens nationwide on Friday. While "The French Dispatch" — a $25 million film with a starry cast including Frances McDormand, Bill Murray, Benicio del Toro, Tilda Swinton and others — isn't a small indie, the film's first-week performance gave arthouses a lift.

Said Searchlight Pictures’ distribution chief Frank Rodriguez in a statement: "These figures show that after a year and a half, arthouse and independent theaters have a superhero of their own in Wes Anderson."