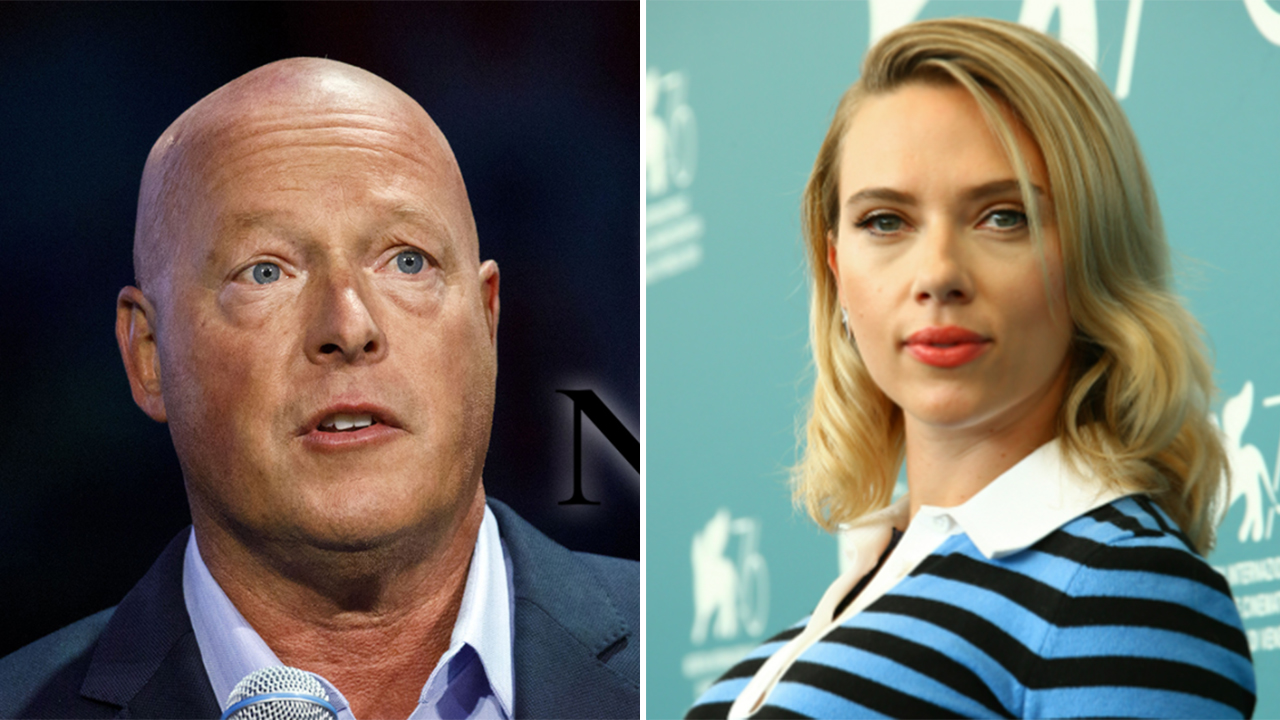 Disney CEO Bob Chapek on Tuesday applauded the company's relationships with its talent amid drama stemming from Scarlett Johansson's recent "Black Widow" lawsuit that accuses the studio of breaching her contract.

The Walt Disney Co. executive delivered his take on the company's efforts and goals to "bridge the gap" between expectations of the company and its film stars at the Goldman Sachs Communacopia Conference.

"Well, Disney has had a long history of having very symbiotic and cooperative deals with the talent and we will continue to. Certainly, the world is changing and I think the talent deals going forward will have to reflect the fact that the world is changing. But we're in a moment of time just like so much of what we’ve talked about so far, we're in a moment of time where films were envisioned under one understanding about what the world would be because frankly, it hadn't really changed much," he said.

Chapek reminded listeners that the film industry has been facing a hefty amount of challenges in the last nearly two years due to the coronavirus pandemic.

HOW DISNEY AND SCARLETT JOHANSSON REACHED THE POINT OF NO RETURN

"But remember those films were made three or four years ago. Those deals were cut three or four years ago. And then they get launched into the middle of a global pandemic where that pandemic itself is accelerating the second dynamic, which is this change in consumer behavior. So we're sort of putting a square peg in a round hole right now where we've got a deal that's conceived under a certain set of conditions that actually results in a movie that's being released in a completely different set," he added.

Chapek concluded that there's a "bit of a reset going on right now."

"And ultimately, we'll think about that as we do our future talent deals and plan for that and make sure that that's incorporated. But right now, we've got sort of this middle position where we're trying to do right by the talent. I think the talent is trying to do right by us, and we're just sort of figuring out our way to sort of bridge the gap. But ultimately, we believe that our talent is our most important asset and we'll continue to believe that. And as we always have, we'll compensate them fairly per the terms of the contracts that they agreed to us with."

Scarlett Johanssonis suing the Walt Disney Co. over the company’s streaming release of ‘Black Widow,' which she said breached her contract and deprived her of potential earnings. (Vianney Le Caer/Invision/AP, File / AP Newsroom)

Johansson is suing Disney over the release of "Black Widow" on its streaming platform, Disney+. The Marvel star, 36, filed court documents in July in Los Angeles Superior Court. She alleges that Disney breached her contract when the media company simultaneously released the superhero film on both Disney+ (for a $30 fee) and in theaters.

A Disney spokesperson previously told FOX Business that the court filing has "no merit whatsoever."