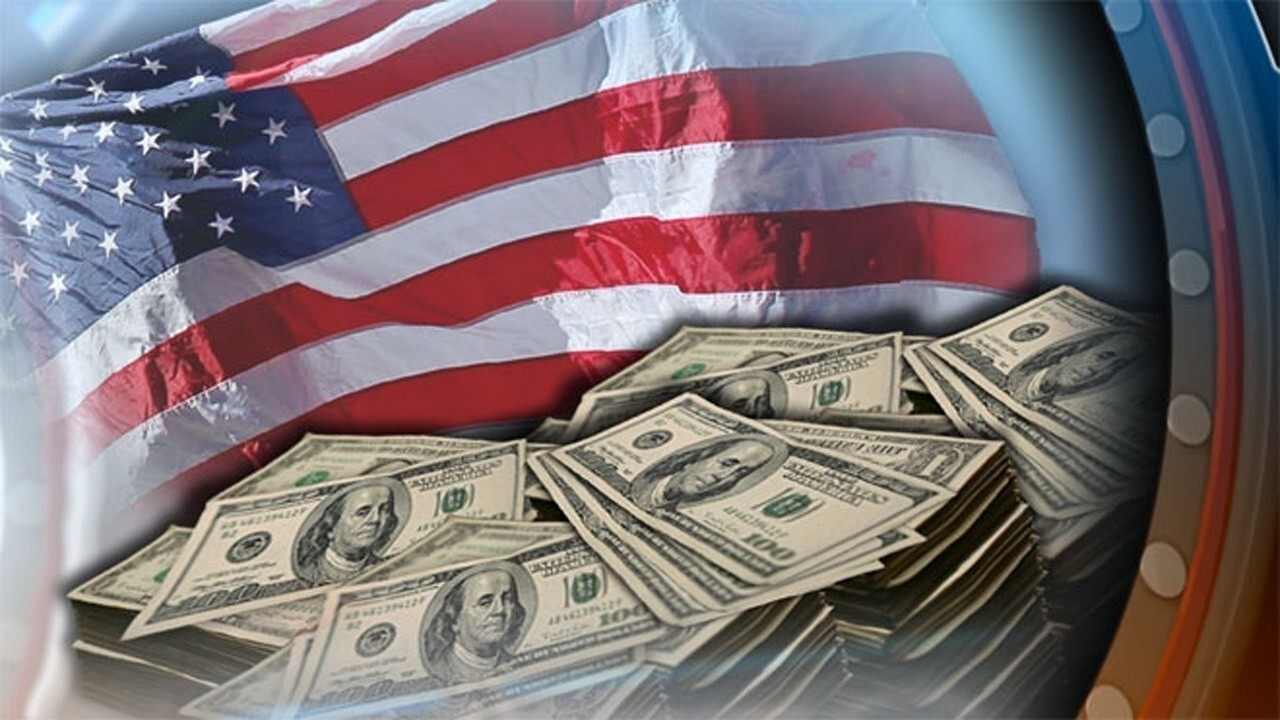 Surging inflation resulted in an effective pay cut for American workers during the month of October, despite an increase in wages, according to monthly figures released Wednesday by the Bureau of Labor Statistics.

Real average hourly wages, a measure of income adjusted for the cost of goods and services, declined 0.5% for all employees from September to October, according to the bureau. Real wages are down 2.2% since January and have declined in eight of the last 10 months.

Real wages aren't a catch-all measure of standards of living for all Americans. However, the numbers suggest many Americans aren’t seeing benefits from higher paychecks.

President Biden delivers a speech during a visit to the Port of Baltimore, Md., Nov. 10, 2021. (REUTERS/Evelyn Hockstein) (Reuters)

Consumer prices have surged 6.2% since last October, making it the largest inflation increase in more than 30 years.

The Biden administration has faced intense pressure to address the rising cost of staple items such as meat and gasoline. Officials have contributed supply chain bottlenecks and related obstacles to rising demand for products as the economy recovers from the COVID-19 pandemic.

President Biden and other top Democrats argue his $1.75 trillion social spending bill, which includes paid leave, an expanded child tax credit and many other initiatives, is fully paid for and will help to address the inflation crisis. Treasury Secretary Janet Yellen has repeatedly said she expects inflation to return to acceptable levels of about 2% by next year.

U.S. Secretary of the Treasury Janet Yellen poses as she arrives for a meeting of G20 finance and health ministers at the Salone delle Fontane (Hall of Fountains) in Rome, Friday, Oct. 29, 2021.  (AP Photo/Alessandra Tarantino / AP Newsroom)

But moderate Democrats like Sen. Joe Manchin of West Virginia have expressed concern about the expansive bill, arguing it would be fiscally irresponsible to increase spending given inflationary pressures. Congress is expected to vote on the bill later this month.

"From the grocery store to the gas pump, Americans know the inflation tax is real and DC can no longer ignore the economic pain Americans feel every day," Manchin tweeted.