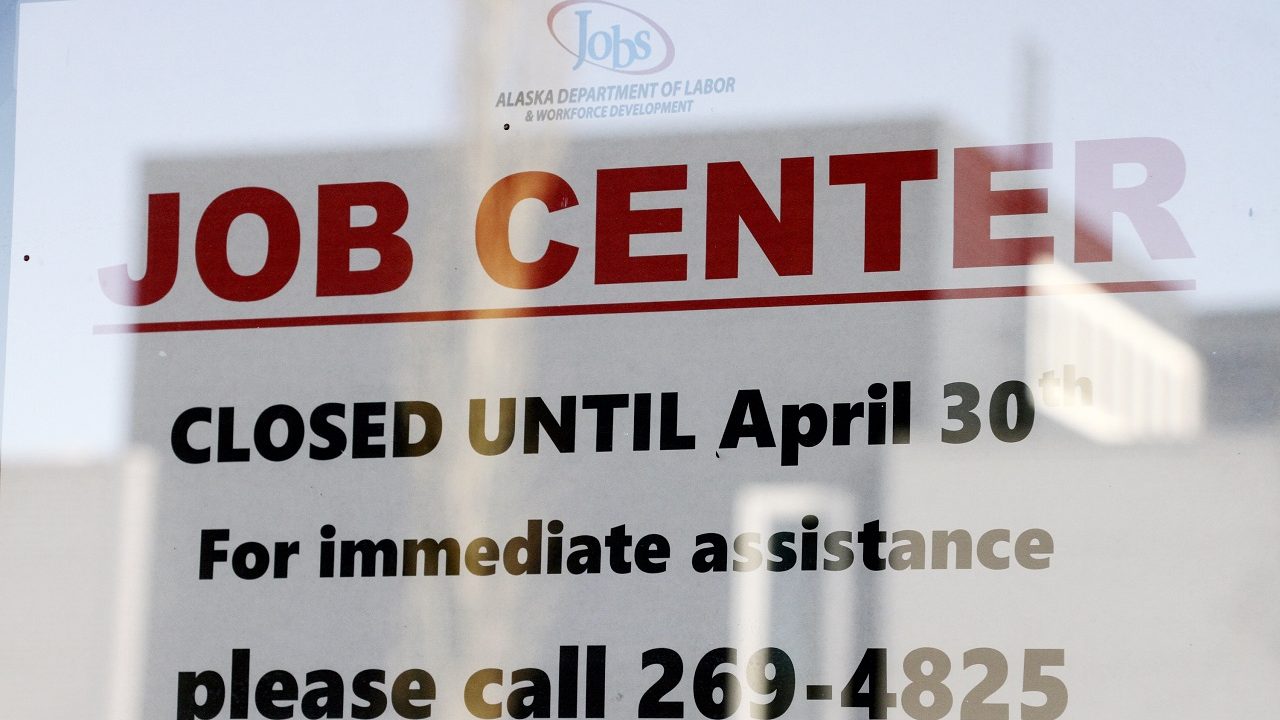 Weekly unemployment claims are now ten times higher than during the height of the Great Recession.

The Labor Department announced Thursday that 6.6 million Americans filed for unemployment benefits last week. In March 2009, that figure was 665,000.

Economists had estimated that there would only be 3.1 million filings this period, demonstrating again how useless they are during economic crises.

Two weeks ago, 3.3 million Americans filed unemployment claims, bringing the total for the latter part of March to 10 million -- about 8 percent of the private sector workforce.

The March jobs data, which will be released Friday by the Bureau of Labor statistics, will similarly indicate millions of lost jobs and a skyrocketing unemployment rate, which had been hovering near a record low as recently as last month. The ironman streak of 113 straight months of private-sector employment growth will go out with a bang.

Layoffs have been widespread among small businesses, whose customers and supply chains have been particularly disrupted by nationwide quarantines. According to researchers at the University of North Carolina’s Kenan-Flagler Business School, as many as 6.6 million small business employees were laid off immediately after nonessential businesses were ordered to close to reduce the spread of the coronavirus.

There are several provisions in last week’s stimulus bill that will help employers and employees absorb this economic impact. Yet some stimulus programs are better than others.

Congress has expanded unemployment benefits by $600 per week above their current state baselines. This expansion will provide welcome relief for laid-off workers.

Yet as Sen. Lindsey Graham and others have noted, such high payouts may slow down the economic recovery after the virus threat has been mitigated because some people will be paid more to stay at home than work. These generous unemployment benefits mean that claimants earn far more than the equivalent of $15 an hour at a full-time job. It will be difficult for some small businesses to find the employees they need to quickly scale up in the future when they are competing with such government largesse.

A far better stimulus provision is the Paycheck Protection Program (PPP), which incentivizes employers to keep their employees collecting paychecks, not unemployment checks. This program provides small businesses with $349 billion worth of forgivable loans to cover their payroll and other operational costs for the next two months.

The loans, which can be taken out beginning Friday turn into grants to the extent that employers maintain their payroll and compensation levels. By offering small businesses liquidity at no cost so long as they maintain their payrolls, the PPP will keep much of the nation’s workforce employed and primed to jump back into action as soon as this crisis is over. It overcomes the unintended consequences and barriers to workforce reentry caused by expanded unemployment benefits.

The PPP is available to all types of small businesses with fewer than 500 employees, including partnerships, sole-proprietors, and gig workers. There’s an exception for hotels and restaurants, which have been especially devastated by the crisis, to allow them to access these funds so long as they have fewer than 500 employees per location.

Thanks to the PPP, weekly unemployment claims will begin to fall off these record highs in the coming weeks. The program will provide small businesses with the resources they need to bridge this economic crater and drive the economy and employment levels back to their historic heights when this nightmare is over.