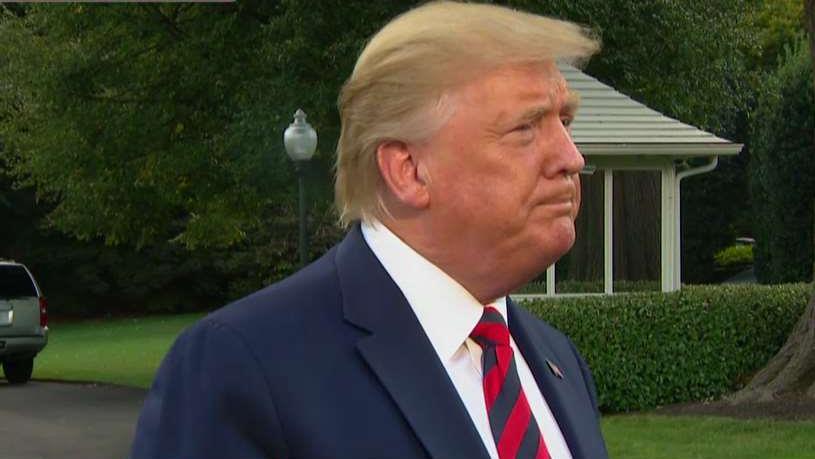 Trump: 'I would consider interim trade deal with China'

'I'd rather get the whole deal done,' President Trump said.

President Trump signaled Thursday that he is open to the possibility of an interim agreement to resolve a lingering trade dispute with China until a permanent deal can be reached.

“A lot of people are talking about – and I see a lot of analysts are saying – an interim deal, meaning we’ll do pieces of it, the easy ones first, but there’s no easy or hard,” Trump told reporters ahead of his appearance at a congressional retreat in Baltimore. “There’s a deal or there’s not a deal. It’s something we would consider, I guess, but we’re doing very well.”

The U.S.-China trade dispute has weighed on global markets and stoked fears of a looming recession. However, signs of a thaw in negotiations between U.S. and Chinese diplomats stoked optimism in recent days. 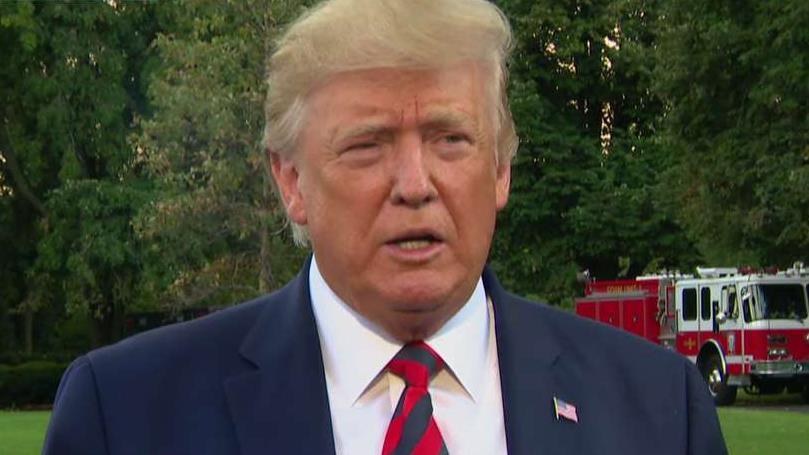 President Trump announced Wednesday that he would delay the implementation of tariffs hikes to 30 percent from 25 percent on $250 billion in Chinese goods in what he referred to as a “gesture of goodwill.” Chinese importers showed signs of ramping up purchases of U.S. soybeans and other farm products.

“I did the little bit of a delay in honor of President Xi because it’s their 70th anniversary [of the People’s Republic of China],” Trump added.

The U.S. and Chinese governments have imposed hundreds of billions of dollars in punitive tariffs in recent months amid continued disagreements over trade policy. Trump administration officials have sought assurances on the protection of U.S. intellectual property, an end to industrial subsidies and agreements to purchase American-made agricultural products.