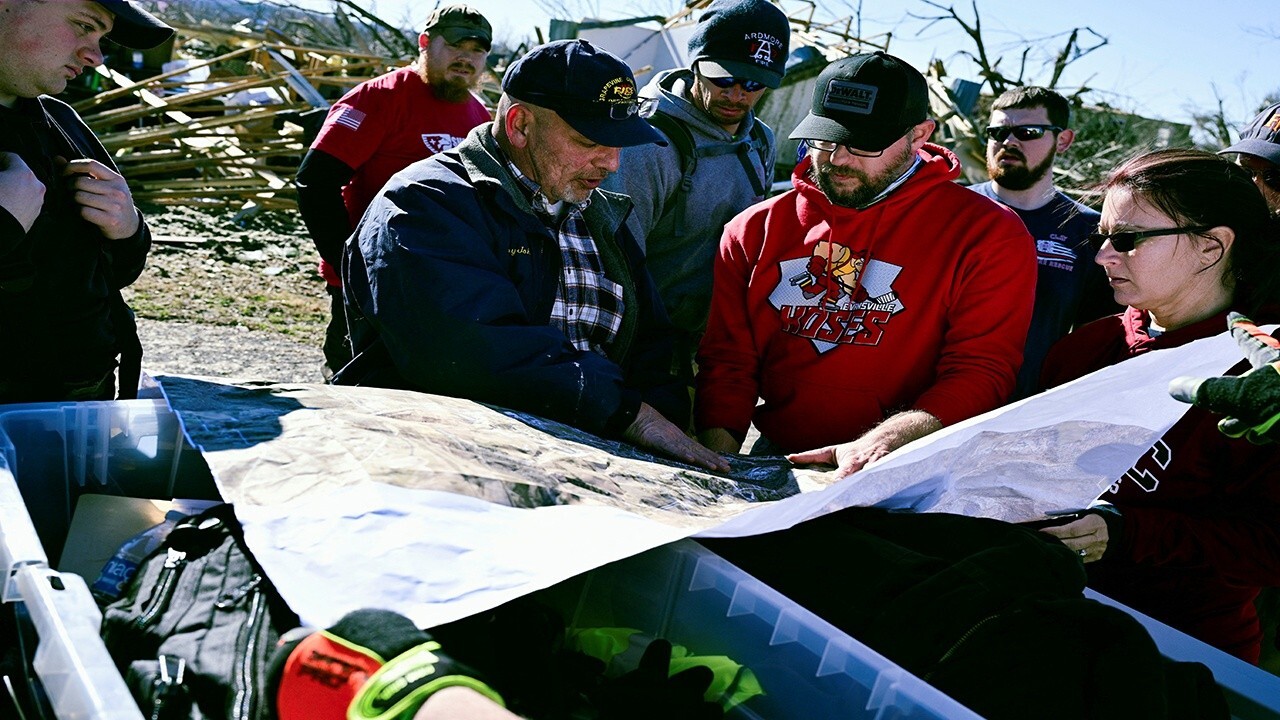 The tornadoes and severe weather that tore through the nation’s midsection over the weekend has caused at least $3 billion in insured damages, a report says.

Preliminary estimates from catastrophe modeling firm Karen Clark & Company include damage to residential and commercial properties and vehicles, according to Reuters.

The final cost of the weather-related damage in Kentucky, Illinois, Missouri and other states has yet to be determined.

Volunteers, mostly from the Mayfield Consumer Products factory, help salvage possessions from the destroyed home of Martha Thomas, in the aftermath of tornadoes that tore through the region several days earlier, in Mayfield, Kentucky, on Monday. ((AP/Gerald Herbert))

The figure comes as President Biden is gearing up to travel to Kentucky on Wednesday to survey the aftermath.

Over the weekend, Biden approved an emergency declaration providing federal funds to Kentucky and said he would deploy federal resources to the storm-ravaged areas.

Kentucky Governor Andy Beshear said Monday that the death toll from the tornadoes has risen to at least 74, and 109 people are still unaccounted for.

"We expect that this death toll will continue to grow," Beshear said. "With this amount of damage and rubble, it may be a week or even more before we have a final count on the number of lost lives." 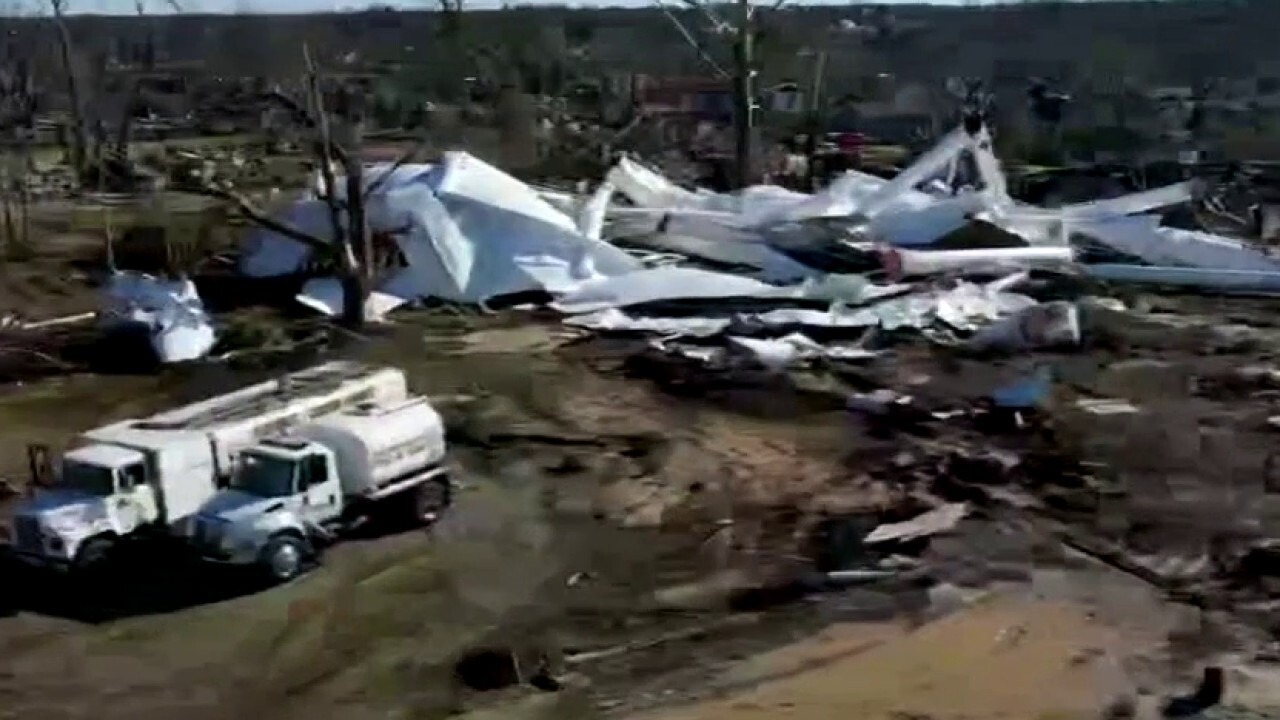 ‘Kennedy’ panelists discuss the administration’s climate agenda following the devastation in the heartland.

A pair of tornadoes spawned by the severe weather flattened a candle factory in Kentucky and an Amazon warehouse in Illinois.

The ecommerce giant has already announced plans to rebuild the facility.