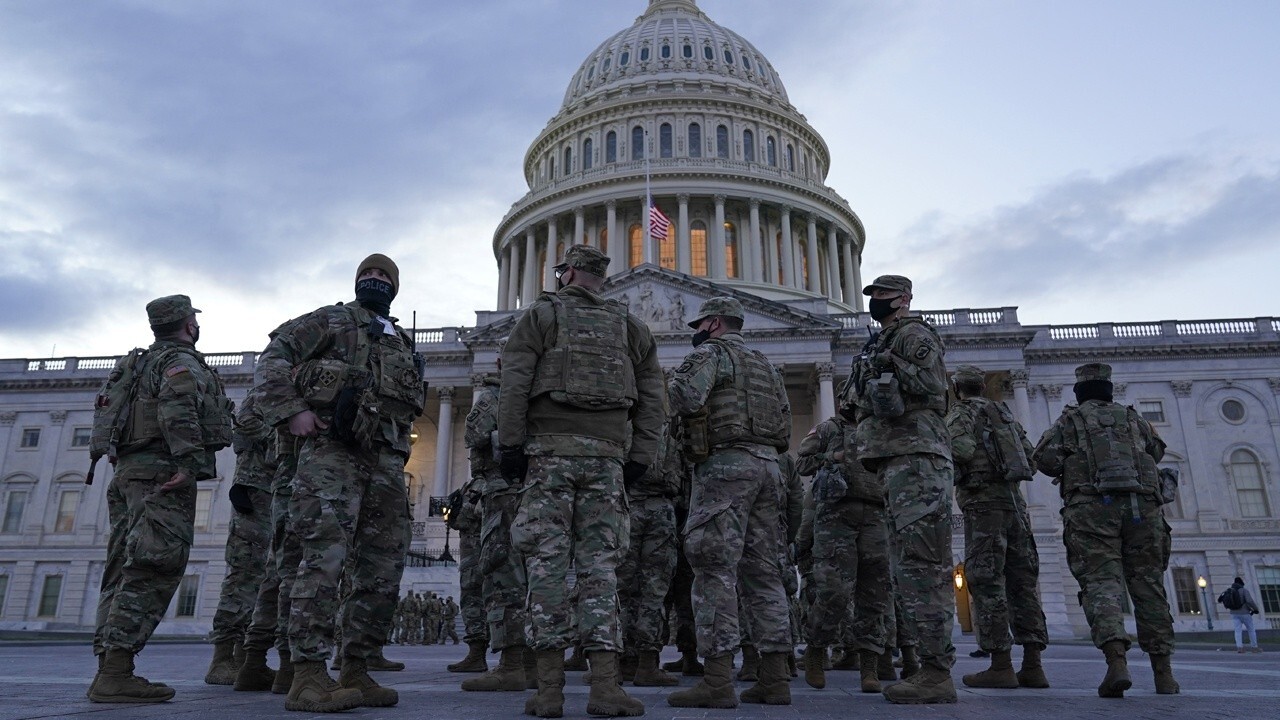 The government is estimated to rack up $483 million in costs for keeping the National Guard in Washington, D.C., through March 15, the Pentagon said on Monday.

That figure included $284 million in personnel costs and $199 million for operations, which entails lodging, meals, transportation, sustainment, and airlift costs.

The updated estimate came after a senior defense official told Fox News that it would cost about $438 million to keep troops there from Jan. 6, when the nation saw violent riots at the Capitol, until mid-March.

Between 5,000 to 7,000 troops are staying in D.C. until mid-March, a significant reduction from the 26,000 that were deployed to help secure the inauguration.

TRUMP SUPPORTERS IN NATIONAL GUARD MIGHT 'DO SOMETHING' TO BIDEN, DEM CONGRESSMAN SAYS

Acting Army Secretary John E. Whitley said at the end of last month that the Guard had received requests for follow-on assistance from the U.S. Secret Service and other law enforcement entities in D.C.

"National Guard members will be postured to meet the requirements of the supported civil authorities up to and including protective equipment and arming if necessary," Whitley said at the time.

The continued presence of the guard has provoked criticism from some.

"The lesson of the Capitol riot is not that we should quarter a standing army at the Capitol just in case, but rather that our security measures should be calibrated to the actual threats," Sen. Tom Cotton, R-Ark., said at the end of last month.

Fox News' Jennifer Griffin and the Associated Press contributed to this report.