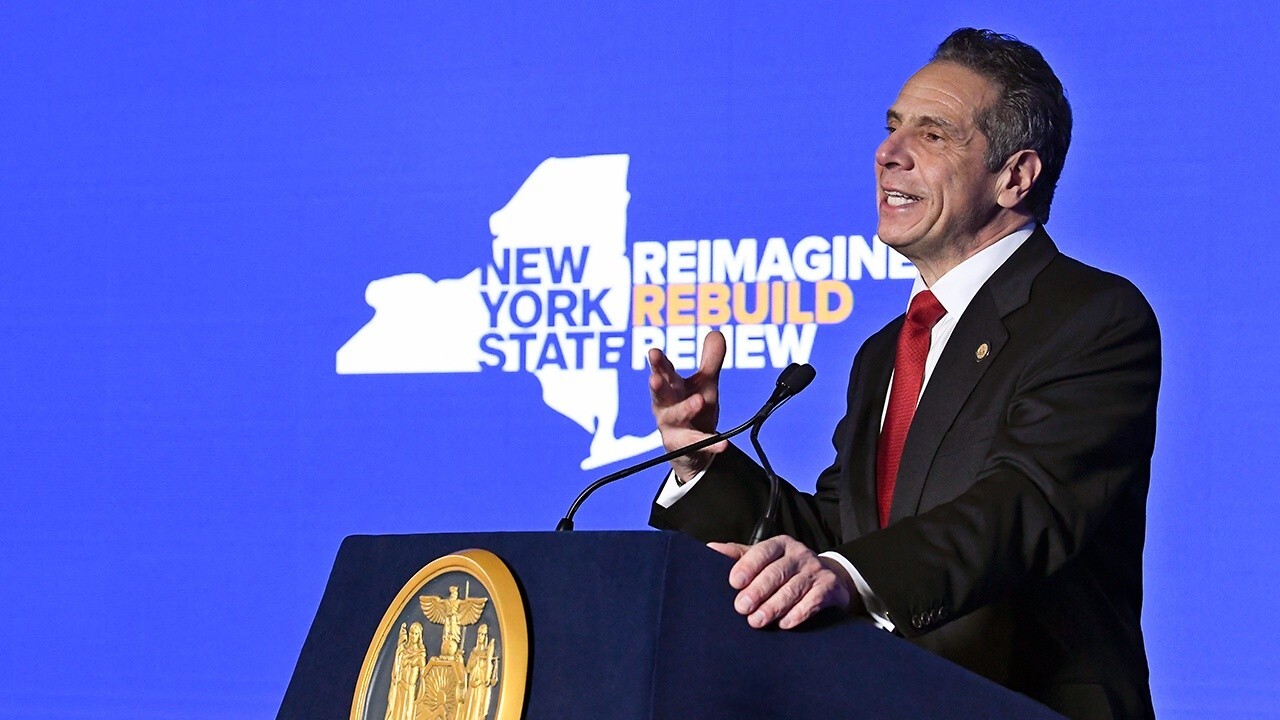 Here’s why New Yorkers need to get a whole lot more coronavirus vaccine: The economy is in the tank.

New York state shed 1 million jobs during the COVID-19 pandemic in 2020 amid lockdowns and meltdowns in tourism and business activity, a sobering new report reveals.

That means 10 percent of the state workforce vanished.

New York City lost the majority of the jobs from pre-pandemic December 2019 to December 2020 — 578,000, the state Labor Department data found.

NY GOV. CUOMO PROPOSES HIGHEST TAX RATES IN US WITHOUT $15B IN FEDERAL AID

In other words, one out of eight jobs in the Big Apple — 12 percent — disappeared. That’s the highest job loss rate in the state.

Jobs in the US as a whole dropped 6 percent, half the rate in New York City, which became the epicenter of the initial COVID-19 outbreak last spring.

Equally troubling is that the economy has stalled during a second surge of COVID-19.

Figures for one jobs sector in the NYC region spell out the bleak tale.

The industry lost another 11,700 jobs last month compared to November as Gov. Andrew Cuomo reinstated a ban on indoor dining in the city to help contain the second surge of the killer bug.

The larger tourism-heavy leisure hospitality sector that includes hotels and arts and entertainment venues lost 366,600 jobs statewide or 39 percent of the total. Many hotels and the Broadway theater district are closed.

“Restaurants and bars are essential to the social and economic fabric of New York City and the industry job loss is at a crisis level like we’ve never experienced,” said Andrew Rigie, executive director of the NYC Hospitality Alliance.

Rigie attributed the job losses last month “to more permanent restaurant closures, the state shutting down indoor dining for a second time, and fewer people eating outside in winter temperatures.”

A bone of contention among local restaurateurs is that indoor dining is now prohibited at eateries in the city but allowed with social distancing restrictions in the surrounding counties and other parts of the state.

“If New York City is to pull itself out of this economic grave and gain jobs, we must safely bring back regulated indoor dining like it’s permitted in the rest of New York State, and the Biden Administration and Congress must enact the RESTAURANTS Act stimulus plan very soon,” Rigie said.

Cuomo’s economic forecast released as part of his new budget plan this week said New York will not likely recover all the jobs it lost during the pandemic until 2025.