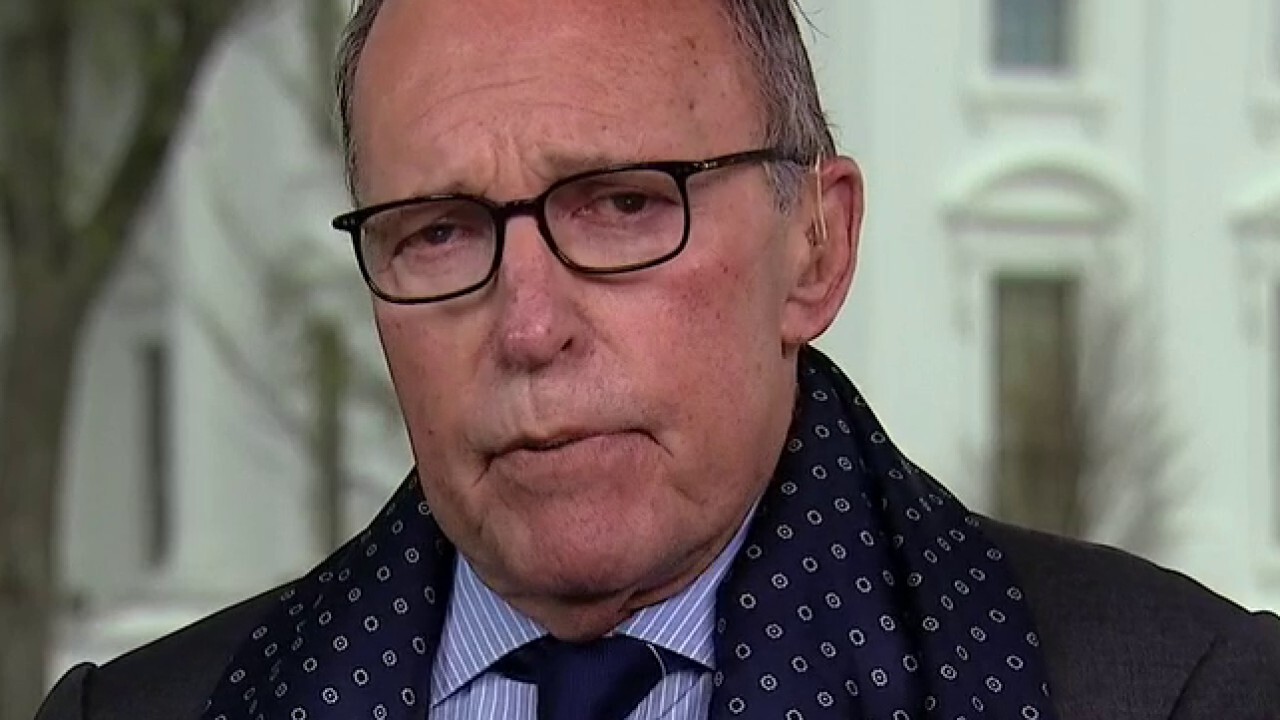 President Trump's chief economic adviser Larry Kudlow said Tuesday the White House is planning to re-examine some of the restrictions that were put in place to contain the spread of the coronavirus as the U.S. enters its second week of minimal economic activity.

"There’s no question we have to think seriously. I would say, after the 15-day period is over, which I guess ends after this weekend, we will take another look at targeting areas that are safe enough," Kudlow told FOX Business' Stuart Varney.

As American life essentially comes to a standstill, the economy has been beset by plummeting stock markets and staggering job losses estimated to be in the millions. Growth is expected to sharply contract in the second quarter.

CORONAVIRUS OUTBREAK TO CAUSE SHARP CONTRACTION IN US ECONOMY: GOLDMAN SACHS

Some advisers and business leaders have pressed Trump to ease social-distancing guidelines. Still, public health officials, including Dr. Anthony Fauci, the nation's top infectious disease expert, have cautioned it will likely take several more weeks until people can resume their lives in a more normal manner.

Kudlow declined to provide specifics, but said that "with the help of health specialists," the administration is looking at places that are not hot spots, for instance, to "expand business reach and reduce the shut-in that's taken over the economy."

Kudlow said Trump is interested in doing "something in the next couple of weeks."

It’s still unclear how sharp an economic downturn would be in the U.S., but social distancing has led to school cancellations, mandatory work-from-home policies, grounded airplanes, anchored cruise ships and the abrupt closing of shops, restaurants and bars throughout the country. The shutdown of a significant part of the economy is almost guaranteed to cause a huge slump in consumer spending, which powers about two-thirds of the country’s GDP.

States and counties are cracking down on residents' movements, with the number of Americans facing quarantines or other tight restrictions surpassing 100 million.