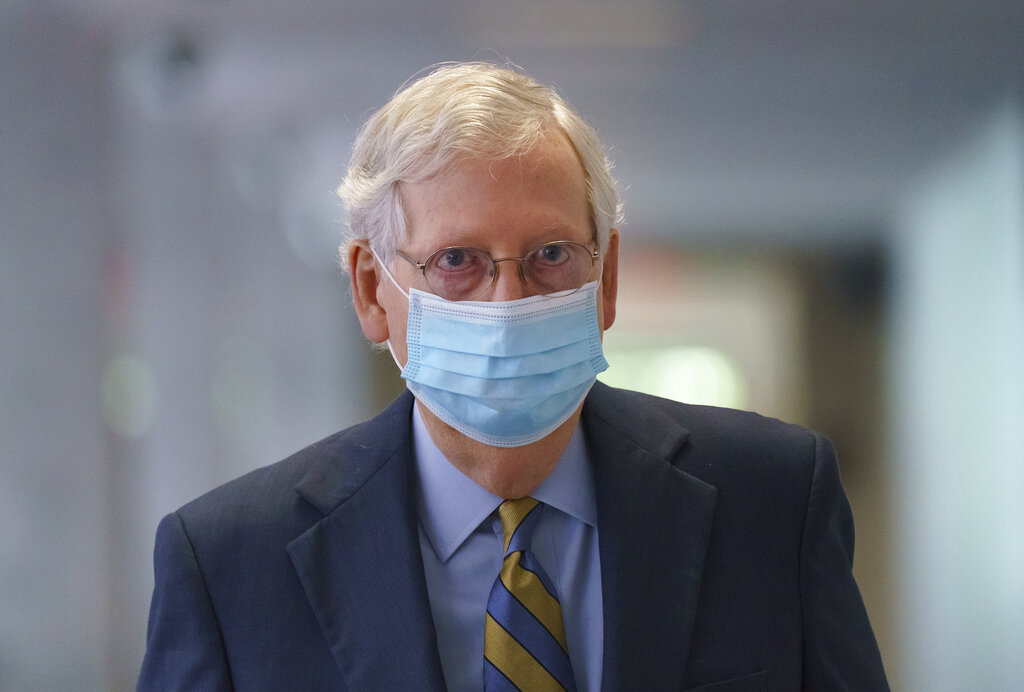 Democratic Massachusetts Rep. Katherine Clark knocked Senate Majority Leader Mitch McConnell for not taking up a House coronavirus-relief bill after she said she had an emotional encounter with a flight attendant about to be furloughed.

“On my flight home from DC, the flight attendant got on the loudspeaker and announced it was her last flight,” Clark wrote on Facebook Saturday. “She cried as she told us to stay safe and how grateful she was to work with passengers and for their business.”

Clark argued that her flight attendent "represents one of the millions of Americans who no longer knows when their next paycheck is coming."

The Democrat-controlled House and GOP-controlled Senate have differed starkly on how to proceed with further coronavirus relief, the congresswoman noted, and the House has sent its version to the Senate, where it appears to have no chance of passing.

“Relief is sitting on Mitch McConnell’s desk,” Clark said. “It has been since May. Again this week, we passed a bill. The cost of life and livelihoods is excruciating.”

McConnell called that $2.2 trillion bill “unserious” while speaking from the Senate floor Wednesday.

“House Democrats are trying to save face by introducing yet another multi-trillion-dollar far-left wish list with virtually all the same non-COVID-related poison-pills as their last unserious bill,” he said. “Speaker Pelosi’s latest offering still does not include a single cent of new money for the Paycheck Protection Program to help small businesses that are going under. It does nothing to help schools, universities, doctors, nurses, or employers avoid frivolous lawsuits. But the House did find room to provide special treatment to the marijuana industry. Their bill mentions the word ‘cannabis’ more times than the words ‘job’ or ‘jobs.’”

Negotiations between House Speaker Nancy Pelosi and Treasury Secretary Steven Mnuchin, whom President Trump selected to try and reach a deal, have progressed slowly – and McConnell himself said earlier this week that the House and Senate were “very, very far apart.”

McConnell has voiced support of a relief bill that would cost “roughly a half a trillion dollars,” or about a quarter of the Democrats’ proposal.

And the White House has endorsed an entirely separate plan from the bipartisan Problem Solvers Caucus that would cost about $1.5 trillion.