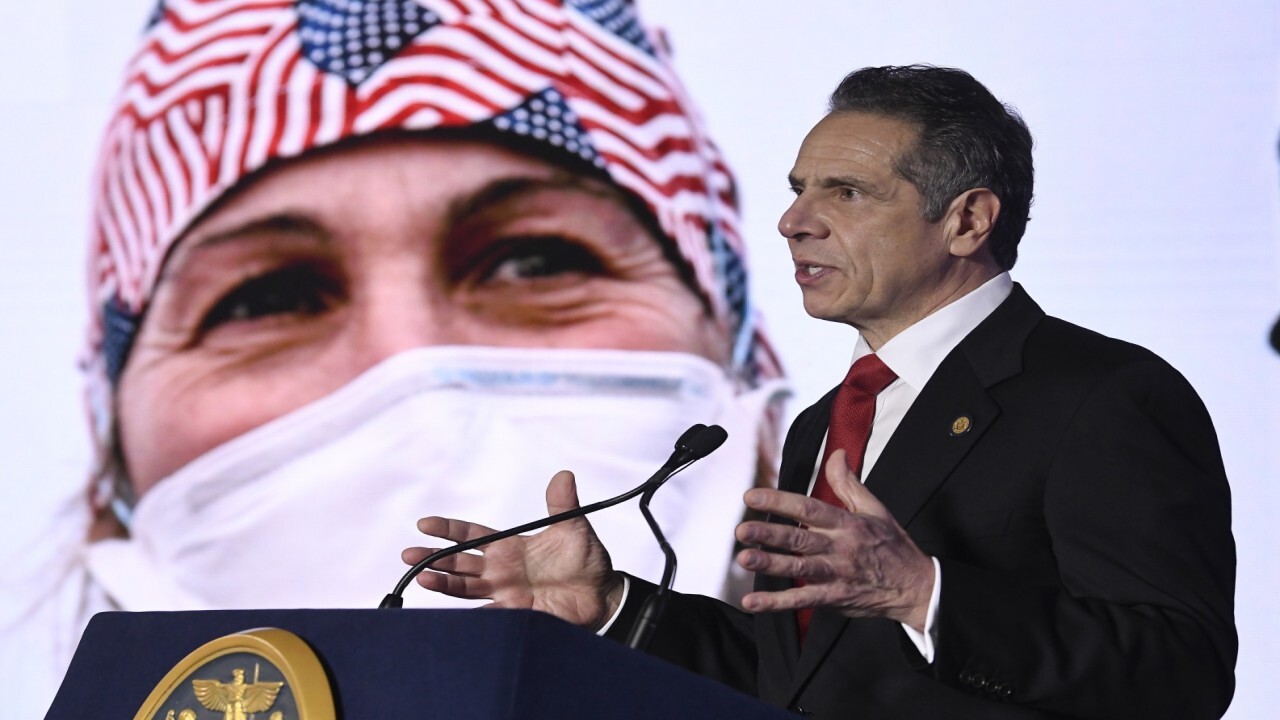 Will Andrew Cuomo ever apologize for COVID nursing home scandal?

"In New York, we base our decisions on the science and data and adjust as the virus adjusts," Cuomo said in a statement. "With continued decreases in the infection and hospitalization rates, we have been able to take steps toward beginning our post-COVID recovery and we are excited to now be in a place where we can bring back our recreational industries with safety protocols in place. As we've said time and time again, our success will be dictated by our actions and as long as we stay united and keep carrying this momentum forward in a positive direction, we will be able to see more and more sectors of our economy reopen."

The facilities must submit reopening plans outlining health protocols to their local health department. Cuomo also announced that day and overnight summer camps can begin planning for reopening in June 2021, noting that the Department of Health will issue specific guidance, including details on timing, in the coming weeks.

In addition to face coverings, social distancing and mandatory health screenings, indoor family and entertainment centers/places of amusement, and outdoor amusement parks, must collect contact information from each customer for contact tracing. They must also frequently clean and disinfect high-touch areas, attractions and rides throughout the day. Attractions that cannot ensure social distancing and be frequently cleaned and disinfected must close.

Sufficient staff must also be deployed to enforce compliance with rules, including capacity, distancing and face coverings and tickets should be sold in advance and guest entry, exit and waiting times should be staggered to avoid congestion.

IRS SAYS ALL STIMULUS CHECKS HAVE BEEN DELIVERED. HERE'S WHAT TO DO IF YOU DIDN'T GET ONE

"Many businesses like myself could be out of business by the time this comes to a head," Breen said. "To me, it's a carrot being dangled in front of us and basically be good and I'll let you open in five weeks, and it's just very disappointing."

He argues that the decision to keep indoor entertainment centers closed while allowing casinos to reopen with certain protocols in place was simply Cuomo "picking and choosing whose winners and whose losers."

"There is no essentially there is no difference between in a casino game and an arcade game, besides, obviously, the legal issues of what you see there," Breen said. "But essentially there's no difference, theoretically, between those games that we can't make it safe as well, with the exception of the amount of tax dollars that Gov. Cuomo gets out of the casinos versus the arcades. And that is why we've been overlooked."

He noted that PiNZ didn't receive aid under the Paycheck Protection Program until the second round of funding, explaining that the business "didn't qualify under the federal three and a half times rate for restaurants" because it doesn't fall under a restaurant code per the federal government's standards.

In addition to New York, Breen has three other PiNZ Bowl locations in Massachusetts and one in New Hampshire.

He said that he is now "well into the six-figure range" on costs for enhancements to his locations to ensure that they are clean, safe, and that procedures are being followed. He also pointed out that none of his venues have had "any type of outbreak."

While his restaurant and bowling lanes have been able to reopen, his arcade games must remain closed under New York state's order. He said the restriction is "absolutely crazy" due to the fact that customers already walk through the arcade to get to bowling lanes. He also questioned why some of his tabletop arcade games can be used as a dining room table in his dining area but not be plugged in for regular use.

"You can unplug it, you can put it in the middle of the dining room. I could put plates on it. You can have dinner on it. We can put a drink on it. You can drink it off of it because it's a tabletop-style game," Breen said. "But once I plug it into the wall outlet, COVID comes flying out of the game and all of a sudden everyone gets sick...it doesn't make sense."

PiNZ joined a lawsuit with several other arcades, trampoline parks and other entertainment businesses earlier this month, claiming that Cuomo's COVID restrictions have "caused severe financial hardship and loss to the owners' livelihood and the use of their property."

"By depriving small business owners of their livelihoods and causing insurmountable losses to their businesses, Defendants forced some people alone to bear burdens which in all fairness and justice should have been borne by the public as a whole," the lawsuit states. "Plaintiffs are not on a political mission, but are small business owners who have developed their businesses over time only to see their businesses destroyed or wiped out by the burden that has been unfairly placed disproportionately on them."

Breen said that there is "no question" that the lawsuit will continue given the fact that he believes PiNZ can safely reopen sooner than March 26.

"We all are ready to open. We're all ready to open safe. We're ready to have some fun and we can do this," Breen said. "We just need the opportunity to do it."