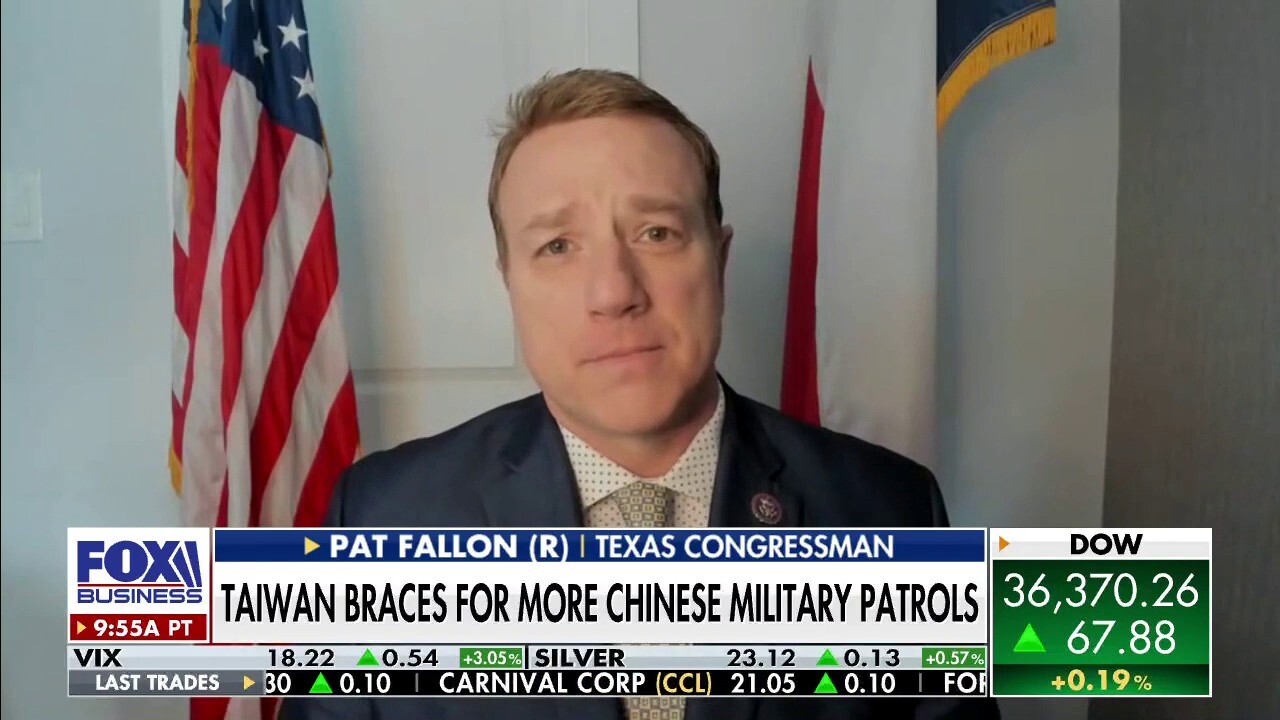 China’s a bigger threat to the world than USSR: Texas lawmaker

Some experts have questioned the narrative that China will "inevitably" overtake the U.S. as the top economic power in the world.

China has set its sights on overtaking the U.S. through the symbolic gesture of its GDP surpassing that of the U.S., with 2020 providing a humbling opportunity as the U.S. economy shrank due to lockdowns and issues emerging out of the pandemic. The drop represented a relative gain of $1 trillion, putting China’s economy at $6.2 trillion behind the U.S.

Most economists believe that this will see China overtake the U.S. by the early 2030s, especially with  seemingly faster rebound from the pandemic hit to the global economy.

BEIJING, CHINA - DECEMBER 16: Chinese president Xi Jinping is seen in a video as people visit the Museum of the Communist Party of China on December 16, 2021 in Beijing, China. The museum was officially opened in June 2021, the year the party celebra (Andrea Verdelli / Getty Images)

But some economists argue that the signs are not as robust for China as the CCP would like the world to believe, leading some to believe that China might not overtake the U.S. in the near future, if at all – barring a total collapse or other disaster for the U.S. economy.

The U.S. GDP fell 2.3% while China’s grew by the same percentage during the pandemic, but China’s per-capita GDP is still far below that of the U.S. by about 20%, according to calculations by Bloomberg economists.

Stanford historian Niall Ferguson sketches a picture that points to the limits of the CCP’s extreme control over nearly every sector of the economy: Initially, that control allowed the party to significantly strengthen the economy and help it recover from sizable disasters that may have spelled certain doom for other countries – such as preventing the possible disaster of Evergrande scrapping a Shanghai listing for an electric vehicle subsidiary from turning into a "Lehman moment."

But that same control may very well prevent the economy from developing the kind of innovation that could help propel China over the top. How much of a toll is up for debate.

London-based consultancy firm Capital Economics (CE) also argues that China’s workforce has declined and will continue to do so by more than 0.5% by 2030, Newsweek reports.

"The most likely scenario is that slowing productivity growth and a shrinking workforce prevent China ever passing the U.S.," the analysis said. CE also noted that inflation and the exchange rate will play a significant factor in deciding how the economic standoff plays out.

China has also rejected efforts to open the economy, which has caused the economic growth to slow – even if only a little – over the past decade.

The most speculative argument points to the middle-income trap as the pitfall that will prevent China from achieving its ambition, according to George Manus, an associate at Oxford University’s China Centre and a senior economic advisor to UBS Investment Banking.

In an op-ed published by The Guardian, Magnus argues that the middle-income trap is "normally characterized by difficult economic adjustment and often by unpredictable political consequences."

A 30-year sprint to the top since 1990, China’s GDP has doubled while America’s halved, but that growth spurt has ended. Forecasts for when China may overtake the U.S. continue to slide back, presenting a similar situation to 1930s Germany and the later decades of the Soviet Union.

How China reacts over the next ten years will determine whether it falls the same way those other challengers did, or if it will succeed where they failed.