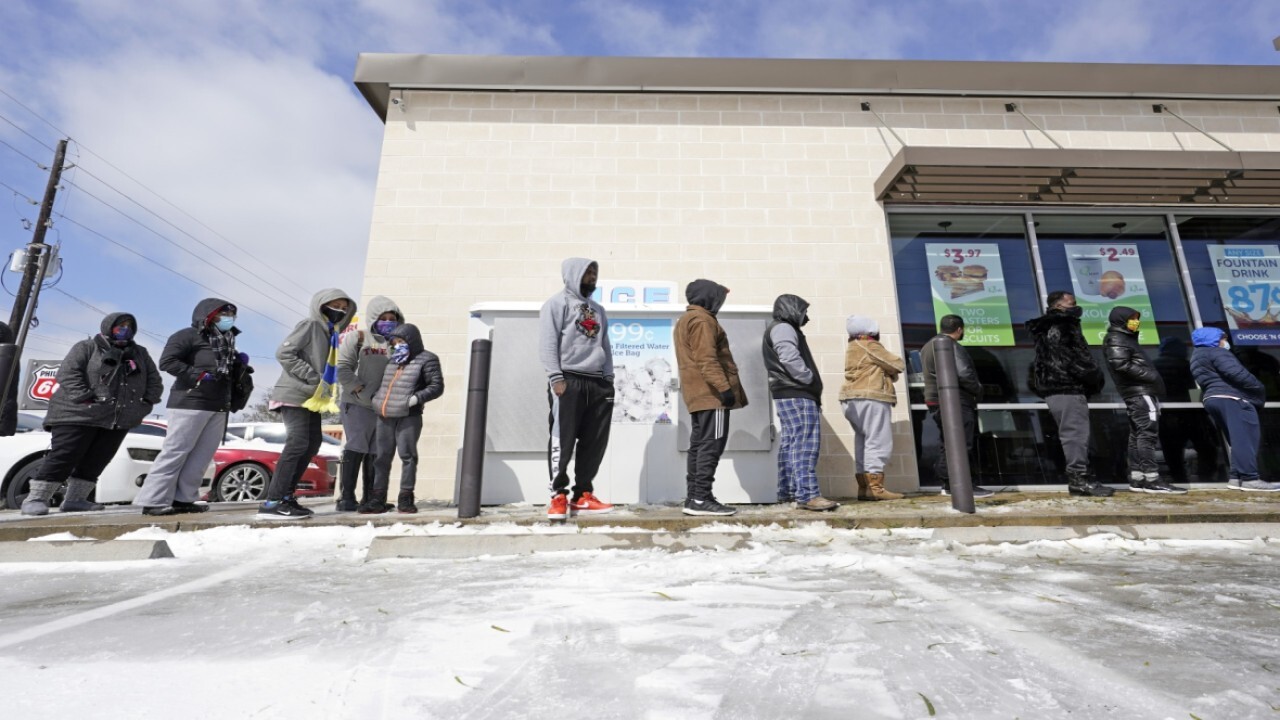 Rep. Alexandria Ocasio-Cortez on Friday skewered fossil-fuel billionaires who she said had profited off the surge in prices for fuel as a brutal winter storm across Texas left millions without power and struggling to find warmth in their homes.

"Fossil fuel billionaires are profiting off this nightmare," Ocasio-Cortez, D-N.Y., tweeted on Friday. "CFOs called it a 'jackpot.' The reason GOP are scrambling to blame the Green New Deal is bc it’s the biggest legislative threat against the corrupt powers responsible for (& benefiting from) the suffering unfolding now."

The progressive firebrand's comments came after Comstock Resources Inc., a natural gas company that operates in Texas and Louisiana, told investors on an earnings call this week the statewide gas shortage was providing it with a major financial boost.

AOC, GREEN NEW DEALERS REJOICE OVER BIDEN'S CLIMATE PLAN: 'IT'S ALMOST AS IF WE HELPED SHAPE THE PLATFORM'

"Obviously, this week is like hitting the jackpot," President and Chief Financial Officer Roland Burns said Wednesday during a call with investors. “Frankly, we were able to sell at super premium prices for a material amount of production.”

Comstock, which is owned by Dallas billionaire Jerry Jones, has been able to sell its gas from its shale wells in East Texas and northern Louisiana at premium prices since Thursday, according to Bloomberg News. Gas at some regional hubs has even soared past $1,000 per million British thermal units.

More than 4.4 million customers lost power in Texas this week as a result of the winter storm, according to PowerOutage.us, which tracks utility outage reports. Power returned for many in the state late Thursday evening, although there are still roughly 180,000 Texans without power as of Friday afternoon.

BIDEN HAS SIGNED 40 EXECUTIVE ORDERS AND ACTIONS SINCE TAKING OFFICE

State leaders, including Texas Gov. Greg Abbott, a Republican, have criticized the operations of the state's power grid. Abbott on Tuesday called for an investigation into the group that manages the power grid in order to prevent more such outages.

"The Electric Reliability Council of Texas (ERCOT) has been anything but reliable over the past 48 hours," Abbott said. "Far too many Texans are without power and heat for their homes as our state faces freezing temperatures and severe winter weather. This is unacceptable."

The governor said he wants to "get a full picture of what caused this problem and find long-term solutions."

During a Tuesday press conference, ERCOT, which operates the state’s power grid, said that failures in natural gas, coal and nuclear energy systems were responsible for about double the number of outages caused by frozen wind turbines.

At least 37 people have died as a result of the storm or its aftermath.