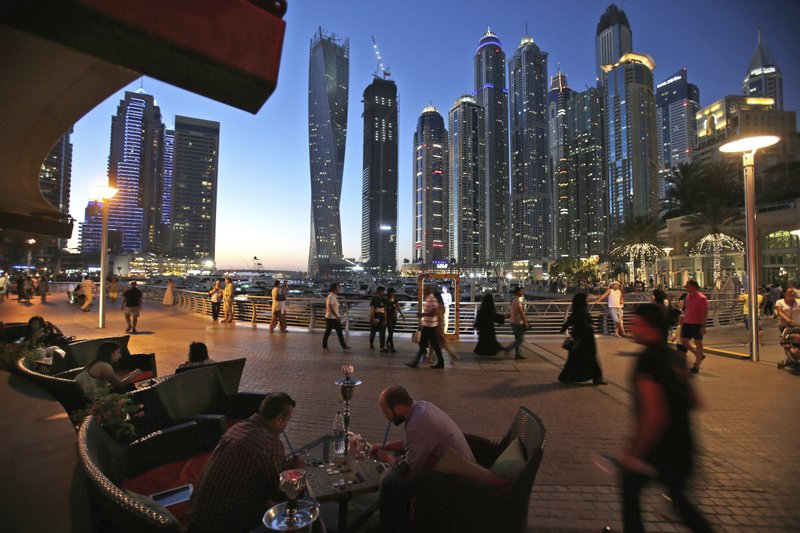 Dubai again has loosened laws governing alcohol sales and possession of liquor as the sheikhdom tries to claw its way out of an economic depression worsened by the coronavirus pandemic.

The outbreak of the virus exacerbated the already-gathering economic storm engulfing the emirate, which has seen mass layoffs thin the ranks of its foreign workforce and empty homes even amid slight signs of recovery. Even now, experts warn the sheikhdom’s crucial real estate market is on track to hit record lows seen in the 2009 Great Recession.

“It’s been a challenging year and there’s no hiding from that for any business — particularly those in the hospitality industry,” Mike Glen, managing director for the United Arab Emirates and Oman for alcohol distributor Maritime and Mercantile International, told the Associated Press in an emailed statement.

Alcohol sales have long served as a major barometer of the economy of Dubai, a top travel destination in the UAE, home to the long-haul carrier Emirates. Ice-cold bottles of beer tempt tourists on hotel beaches, while decadent Champagne-soaked brunches draw well-to-do crowds of expatriate residents.

In Dubai, alcohol sales in general reflect the confidence of buyers in their own finances and in turn, the economy. Pre-pandemic, those sales already showed the trouble Dubai faced amid falling global energy prices and a weakening real estate market. Dubai also postponed its Expo 2020, or world’s fair, to next year, another major blow.

Amid the lockdown, Dubai’s two major alcohol distributors began legal home deliveries of alcohol for the first time in hopes of boosting the sales. Now, the city-state has changed the very system granting permission to residents to legally purchase alcohol.

By law, non-Muslim residents are supposed to carry red plastic cards issued by the Dubai police that permit them to purchase, transport and consume beer, wine and liquor. Otherwise, they can face fines and arrest — even though the sheikhdom’s vast network of bars, nightclubs and lounges never ask to see the permit.

UNEMPLOYMENT IS RECOVERING FASTEST FROM CORONAVIRUS LOCCKDOWN IN THESE 10 STATES

Those red cards now have been replaced with a black card and a simplified application process only requiring an Emirati national ID card.

An application no longer requires an employer’s permission. Previously, employers could block non-Muslims from obtaining a card even if an employee qualified for it — which happened for some expats working for Emirati companies whose owners had religious objections to alcohol.

Purchase restrictions based on salaries also have been eased. Previously, residents would get around those restrictions by traveling to five of the other seven sheikhdoms that make up the UAE. Sharjah, the UAE’s seventh emirate that borders Dubai to the north, outlaws alcohol, as do the nearby nations of Iran, Kuwait and Saudi Arabia.

The new card system comes as Dubai also now allows tourists and visitors to buy alcohol from distributors simply by using their passports, closing a loophole that made visiting imbibers unable to get a permit subject to arrest for possessing alcohol.

The UAE as a whole still faces the challenge of the coronavirus — with some 65,000 confirmed cases and 367 deaths as it saw the biggest one-day jump in confirmed cases in over a month. But Dubai has been aggressively advertising itself as reopened to tourism and now appears set to host Indian Premier League cricket, beginning in September.

There have been signs of a tentative and slight recovery starting to take hold. In July, Dubai’s non-oil sector saw its first improvement in five months, according to a monthly survey by IHS Markit and Emirates NBD bank. But that appeared driven by deep cuts in price discounts, particularly in travel and tourism, the report said.

“The recovery in activity has not been sufficient to prevent firms continuing to lay off workers as they seek to reduce costs,” wrote Khatija Haque, the head of research and chief economist at Emirates NBD.

Those layoffs struck Emirates, the flagship of Dubai’s state investment firm, particularly hard with thousands of employees fired. That’s not counting all the other businesses large and small through the city similarly hurt by the virus — particularly in its bubble-or-bust real estate market.

Dubai’s biggest private real estate company, DAMAC, which operates President Donald Trump’s eponymous golf club in the UAE, just reported a net loss of $105 million for the first half of 2020. The company’s chairman, Hussain Sajwani, blamed the pandemic for the poor results.

“Resulting travel restrictions impacted the economy and the real estate sector, and we will see a difficult market for the coming 18 to 24 months,” Sajwani said.

Meanwhile, the mass layoffs have seen a noticeable number of for-rent and sales signs in front of homes and apartments across the city. The Dubai firm Property Monitor said in a report this week that real estate prices likely will set new record lows by the end of the third quarter of this year.

Rental listings have risen by 11% in Dubai as over 45,000 new residential units have entered the already soft market, according to REIDIN Data and Analytics, which tracks the market. Another 120,000 units are expected to come into the market in the next two years, further pushing down prices, REIDIN said.

Both sales and rental prices have dropped about a third since a market high in 2014, when Dubai announced it would be hosting the Expo.

The “current pandemic, coupled with oversupply in the market and reduced occupancy levels, caused and increase in the rate of decline of prices for both apartment and villas especially in the second quarter,” said Ozan Demir, the director of operations and research at REIDIN.