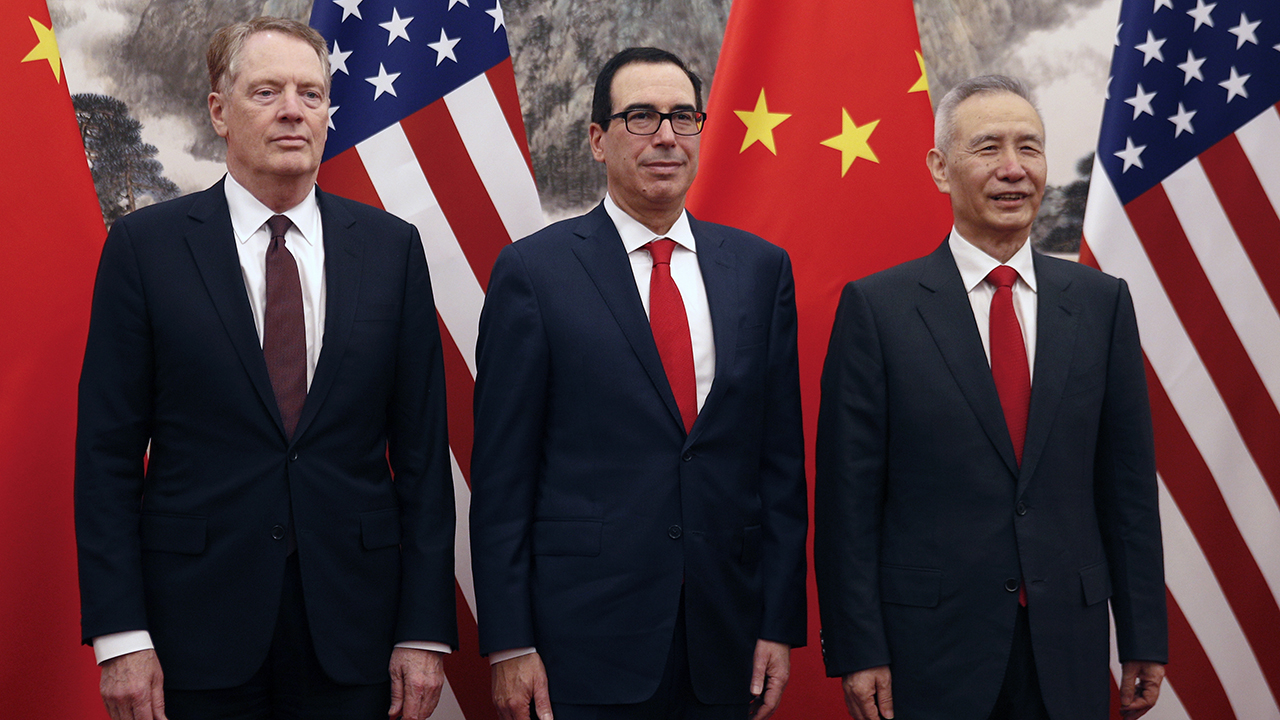 WASHINGTON—The U.S.-China trade pact signed a year ago is being credited for improving business conditions for some American companies, even if a cornerstone of the deal—China’s commitment to greatly increase purchases of U.S. goods—has fallen short.

Under the deal brokered by the Trump administration, China agreed to purchase about $159 billion in U.S. goods by the end of 2020. Through November, China’s actual purchases were about $82 billion, or about 52% of the target goal, according to an analysis by Chad Bown, a senior fellow at Peterson Institute for International Economics.

Economists have attributed the shortfall in part to the impact of the Covid-19 pandemic, which dented Chinese domestic demand for foreign goods and lowered the prices of imported energy.

The trade pact signed Jan. 15, 2020, also called on China to improve access to its markets to U.S. companies—and on that front, Beijing has made strides, especially with respect to American financial companies.

In exchange, the Trump administration agreed to cut tariffs on some imported Chinese products. Still, import duties remain on about $370 billion in Chinese goods annually, affecting most imports.

“I do think that the Chinese have lived up to all their commitments on the structural side. They have not been able to on the quantitative side,” said Craig Allen, president of U.S.-China Business Council, which represents large U.S. companies doing business in China. “Overall the U.S. has lost a lot of jobs in the process.”

Mr. Allen’s group and Oxford Economics jointly released a report Thursday that estimated that the U.S. tariffs on Chinese imports—and Beijing’s retaliatory duties—have together caused the loss of as many as 245,000 American jobs, partly because costs rose for U.S. companies that depend on imported parts and other products from China.

Asked about Beijing’s implementation of the agreement, Li Wenkui, a spokesman for China’s customs bureau, cited data showing increases in Chinese imports of U.S. products, particularly for items such as soybeans and pork.

The deal signed a year ago was effectively a cease-fire following a tense trade war and was characterized as a “Phase One” agreement in recognition that it didn’t fully accomplish President Trump’s goal of leveling the playing field for U.S. companies.

Many—but not all—U.S. businesses have criticized the tariffs on Chinese imports left after the trade pact, saying they add to their own costs and cause job losses and product price hikes, hurting American workers and consumers.

“The economic burden of the tariffs is profound,” said John Murphy, senior vice president for international policy at the U.S. Chamber of Commerce. “They have a damaging impact on U.S. manufacturing and agriculture.”

Even though China fell short on purchase targets, U.S. exports of goods to China rose 13% from a year earlier during the first 11 months of the year, according to the U.S. Census Bureau.

Meanwhile, the decline in economic activity during the pandemic pushed down imports of Chinese products by 5.8%, lowering the overall bilateral trade balance by 12% to $283 billion for the January-November period. But as U.S. imports began to rebound strongly in recent months, the trade deficit has started to rise again.

Despite Washington’s efforts to curb the imbalances, China’s role in global trade only grew last year. Beijing said Thursday the country’s exports expanded 3.6% from a year earlier to a record $2.6 trillion in 2020, fueled by robust shipments of medical supplies and work-from-home computer equipment.

As imports fell slightly, China’s trade surplus with the rest of the world grew to $535.03 billion, the largest since 2015.

China is projected to be the only major economy to report growth in 2020, drawing contrast to the U.S. and Europe, which are struggling with the fallouts of the resurgence in Covid-19 cases.

U.S. officials have cited, as an example, the elimination of longstanding structural barriers for U.S. imports as having allowed the exports of American beef to more than double from a year ago as of August.

“The deal is a success. The direction is set,” Mr. Lighthizer said in an interview with The Wall Street Journal last week, adding that the Biden administration should keep the agreement intact. “Just use the tools, and keep the tariffs and the purchase commitments, and make sure that China abides by it.”

President-elect Joe Biden and his aides have said they would remain tough on China but haven’t discussed what to do with the phase one agreement.

Under the purchase agreement of the phase one deal, China did a better job of increasing imports of agricultural products than manufacturing and energy products.

According to Mr. Bown of Peterson Institute, China met 67% of the target amount for agricultural products through November but only 52% for manufactured goods and 31% for energy products. Defenders of the agreement have cited pandemic-induced drops in energy prices as a reason for the underperformance in the sector. Others question the validity of the numerical goals.

“People didn’t expect those targets to be met even when it was initially signed,” said Simon Lester, associate director for trade policy studies at Cato Institute. China’s failure to meet the goals is “just the illustration of problems of trying to have the governments manage the amounts of trade flows,” he said.

—Bob Davis contributed to this article