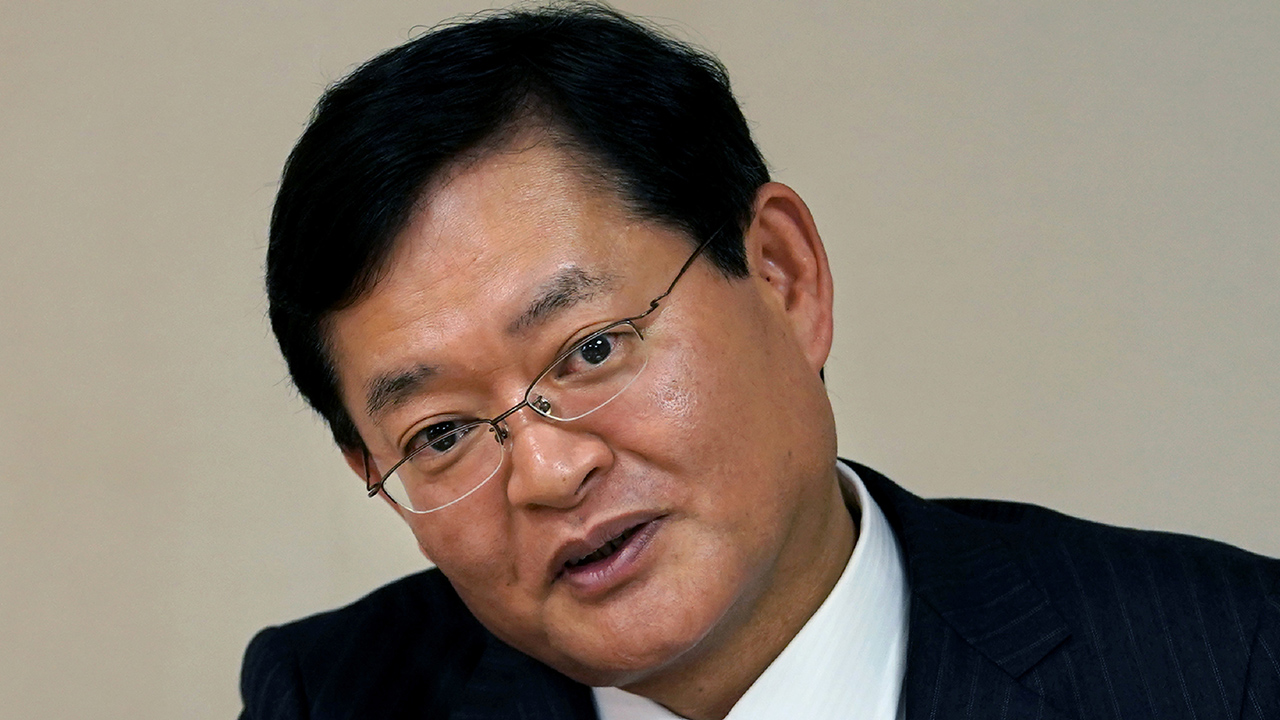 Toshiba Corp CEO Nobuaki Kurumatani resigned on Wednesday amid controversy over a $20 billion buyout bid from CVC Capital Partners and the conglomerate's shares surged on reports that KKR & Co and Brookfield are also planning offers.

Satoshi Tsunakawa, who previously led the company before Kurumatani and until Wednesday was chairman, will once again assume the helm.

Kurumatani had been under fire over the bid from CVC, his former employer, as well as damaging allegations that management pressured investors before a shareholder meeting to support desired board nominations.

CVC's offer to take the scandal-hit Japanese conglomerate private and retain incumbent management was perceived as designed to shield Kurumatani and other managers from pressure from activist shareholders who have successfully pushed for an independent probe into the allegations, sources familiar with the matter have said.

The offer sparked a strong backlash from Toshiba managers and some board members, prompting them to lobby against it to the government, said one of the sources. The sources declined to be identified due to the sensitivity of the matter.

"Tsunakawa has the trust of various stakeholders," Toshiba Board Chairman Osamu Nagayama told a news conference adding that Kurumatani had told the board that he was stepping down as the company's recovery was now firmly in place.

Toshiba would consider setting up an independent committee of external directors after receiving a formal proposal from CVC, he added.

Shares in Toshiba were trading 5% higher at 4,825 yen in Wednesday afternoon trade, not too far off the 5,000 yen per share level that a source has said was proposed by CVC.

Other suitors appear to be waiting in the wings.

Private equity giant KKR & Co is considering a buyout offer that would exceed CVC's, the Financial Times has reported, citing several people briefed on the plans.

Canada's Brookfield Asset Management Inc is in the preliminarily stages of exploring an offer, Bloomberg News reported, citing a person with knowledge of the matter.

A representative for KKR Japan declined to comment. Brookfield did not immediately respond to a request to comment.