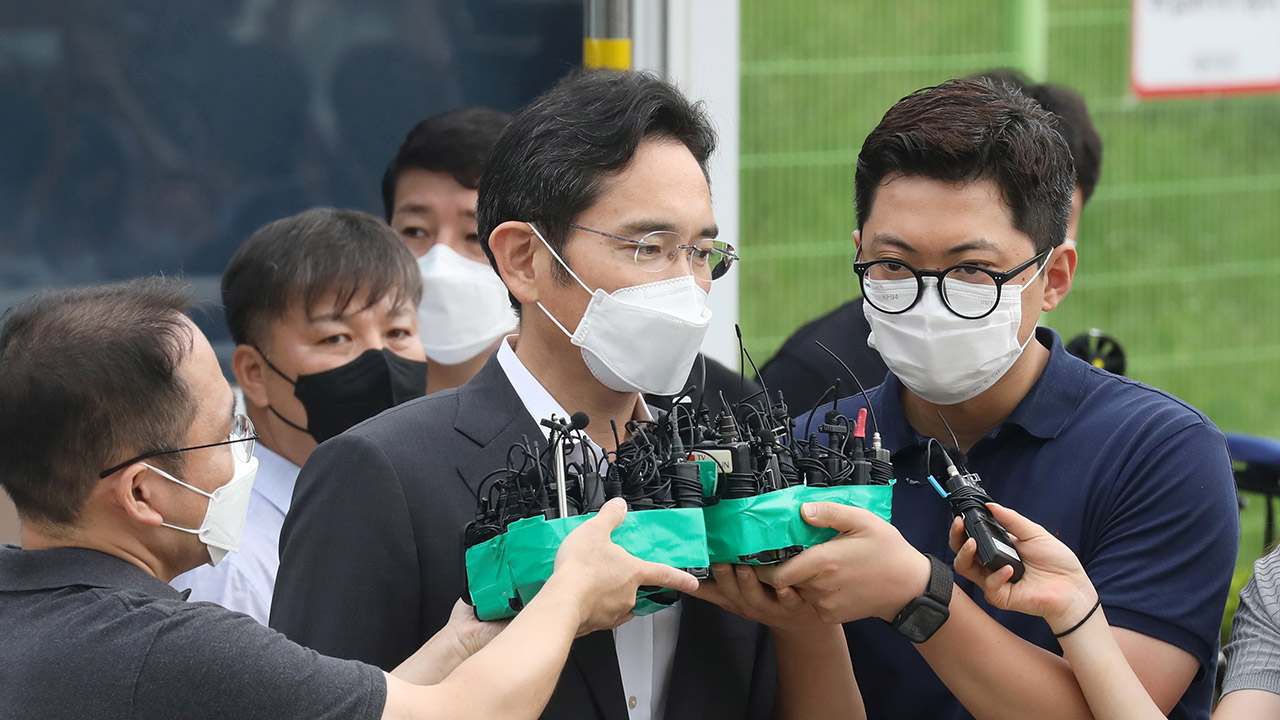 Samsung Electronics Vice Chairman Jay Y. Lee, convicted of bribery and embezzlement, was released on parole on Friday, with hopes high at the tech giant that he will also soon be allowed to work as big investment decisions await him.

Lee, 53, appeared outside the Seoul Detention Center, wearing a dark grey suit and looking thinner than when he was last detained in January.

"I've caused much concern for the people. I deeply apologise," Lee told reporters. "I am listening to the concerns, criticisms, worries and high expectations for me. I will work hard."

Support for his parole, both political, public and from the wider business community, had grown amid anxiety that key strategic decisions are not being made at the South Korean conglomerate.

Convicted of bribing a friend of former President Park Geun-hye, Lee has served 18 months of a revised 30 month sentence. He initially served one year of a five-year sentence from August 2017 which was later suspended. That court decision was then overturned and while the sentence was shortened, he was sent back to jail in January this year.

He will still need to gain permission from South Korea's justice ministry to resume work, but that is expected to be a formality.

Although the day-to-day running of the world's biggest memory chip maker and smartphone manufacturer has not been affected by his absence, company sources say decisions on major investment and M&A projects should only be made by Lee.

In particular, a decision on the location of a $17 billion U.S. plant to produce advanced logic chips awaits his return at a time when there is a global chip shortage and rivals like TSMC and Intel Corp are making large investments.

In a symbolic move, Samsung Electronics on Thursday made good on a promise by Lee by announcing it had signed its first-agreements with four company labour unions that cover the provisions of offices and assurances that union activities will be allowed.

Lee vowed in May 2020 to improve labour rights at the tech giant. A raft of Samsung employees have been found guilty of sabotaging labour union activities.

(Reporting by Dogyun Kim and Joyce Lee; Additional reporting by Sunghyuk An; Editing by Edwina Gibbs)