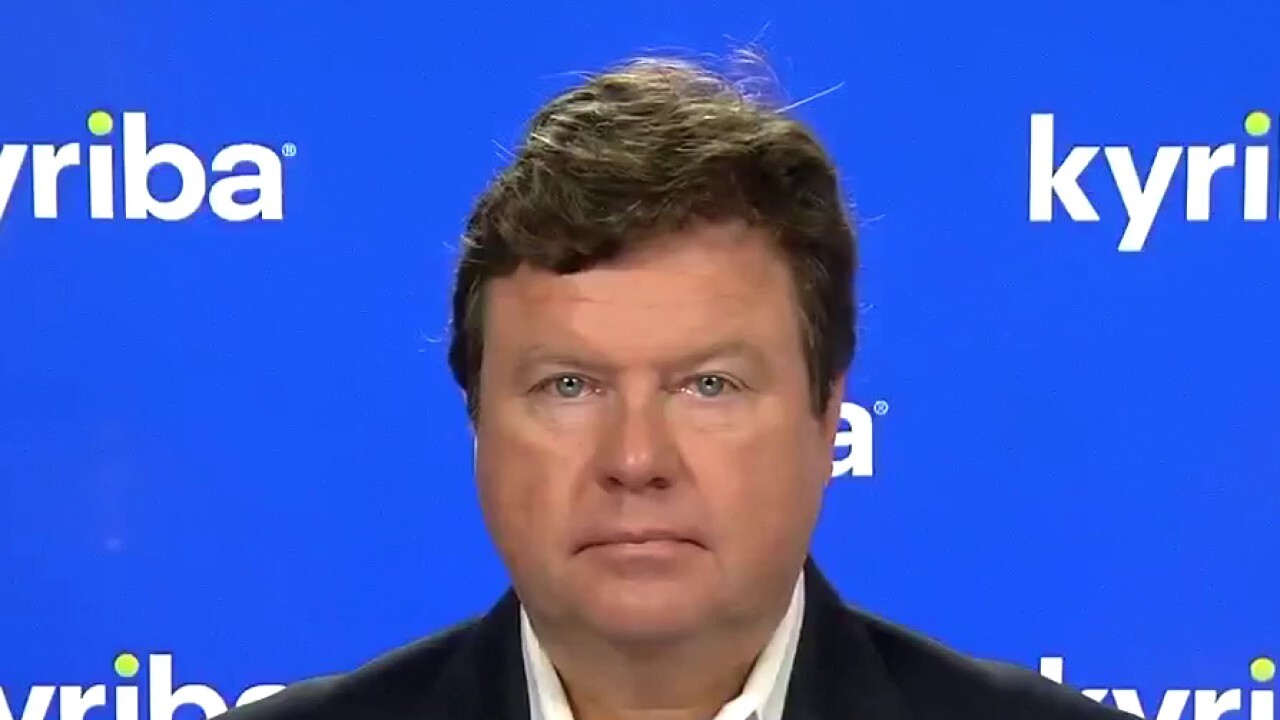 Kyriba's senior strategist, Wolfgang Koester, argues inflation 'will impact earnings, but not all negative' and points to the 'other problem' related to supply chain disruptions, which is 'actually accelerating inflation.'

Ark Invest CEO Cathie Wood has pushed back against Twitter CEO Jack Dorsey's claim that hyperinflation will "happen soon in the U.S., and so the world."

"In 2008-09, when the Fed started quantitative easing, I thought that inflation would take off," Wood tweeted in response on Monday. "I was wrong. Instead, velocity - the rate at which money turns over per year - declined, taking away its inflationary sting. Velocity still is falling."

In a lengthy Twitter thread, she argues that the price increases impacting consumers should wind down after the holiday season due to three sources of deflation. According to Wood, the first source is "technologically enabled innovation" such as artificial intelligence. She notes that AI training costs are dropping 40% to 70% at an annual rate, which she called "a record-breaking deflationary force."

"When costs and prices decline, velocity and disinflation - if not deflation - follow," she added. "If consumers and businesses believe that prices will fall in the future, they will wait to buy buy goods and services, pushing the velocity of money down."

The second source, Wood says, is "creative destruction" as a result of disruptive innovation.

"Since the tech and telecom bust and the Global Financial Crisis in 2008-09, many companies have catered to short-term oriented shareholders who want profits/dividends now," she explains. "They leveraged their balance sheets to pay dividends and buy back shares, ‘manufacturing’ earnings per share. They have not invested enough in innovation and probably will be forced to service their debts by selling increasingly obsolete goods at discounts: deflation."

The final source Wood cites is the over-ordering and stockpiling of goods that have occurred as a result of the COVID-19 pandemic and supply chain bottlenecks.

"Because businesses shut down and were caught flat-footed as goods consumption took off during the coronavirus crisis, they still are scrambling to catch up, probably double- and triple-ordering beyond their needs," she says. "As a result, once the holiday season passes and companies face excess supplies, prices should unwind."

She emphasizes that commodity prices such as lumber and iron ore have already dropped 50% and that the price of oil is  "an outlier and psychologically important."

Wood points out that global demand for oil is below 2019 levels and "unlikely to return to its old high, partly because its price has broken a string of lower highs and is above the $77 hit in 2018, therefore destroying demand."

"On the supply side, ESG (environmental, social, and governance) mandates have forced energy companies to shift capital spending from mature fossil fuels to nascent renewables. Meanwhile, banks have deprived fracking companies of funding after their near-death experience in 2020," she concludes. "In response to the near quadrupling of oil prices since the low last year, electric vehicle adoption has accelerated, sowing the seeds of a serious oil price decline longer term."

Wood responded to Musk's tweet with a separate thread, writing that, while she is open to dialogue, she believes "the powerful and converging deflationary forces associated with AI, energy storage (EVs!), robotics, genomic sequencing, and blockchain technology will bend the curve."