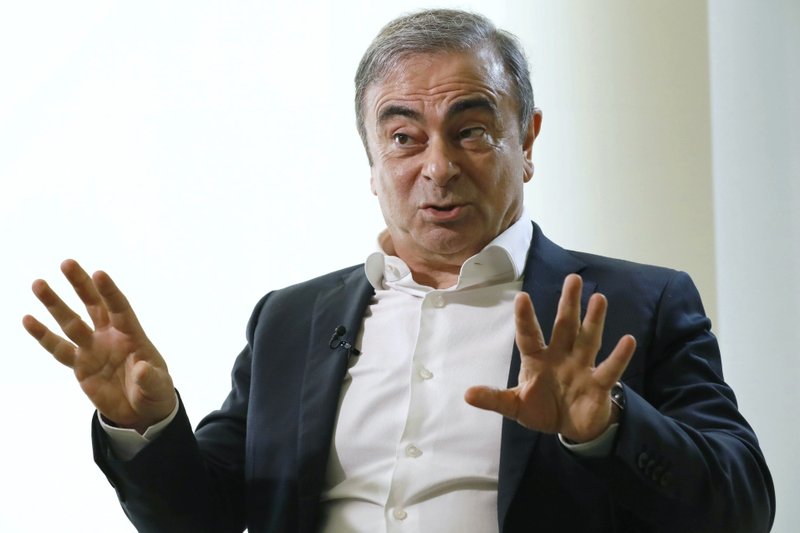 Two American men wanted by Japan on charges that they helped sneak former Nissan Motor Co. Chairman Carlos Ghosn out of the country in a box have again been denied release from a U.S. jail.

U.S. District Judge Indira Talwani on Friday rejected a bid to free Michael Taylor, a 59-year-old U.S. Army Special Forces veteran, and his 27-year-old son, Peter Taylor, on bail while they fight their extradition to Japan. Talwani said a magistrate judge properly found the two men to be a risk of flight.

EX-NISSAN BOSS WIRED MONEY TO MAN WHO HELPED HIM FLEE

“While the Taylors may well seek to remain in the United States to fight extradition through available legal channels, they have also shown a blatant disregard for such safeguards in the context of the Japanese legal system and have not established sufficiently that if they find their extradition fight difficult, they will not flaunt the rules of release on bail and flee the country,” Talwani wrote.

An email was sent Saturday to an attorney for the Taylors.

Their lawyers have said the men have no plans to flee and argue their health is at risk behind bars because of the coronavirus pandemic. The Taylors have been locked up in a Massachusetts jail since their arrest in May.

Authorities say the Taylors helped smuggle Ghosn out of Japan on a private jet while he was on bail and awaiting trial on financial misconduct allegations. With the former Nissan boss hidden in a large box, the flight went first to Turkey, then to Lebanon, where Ghosn has citizenship but which has no extradition treaty with Japan.

Ghosn said he fled because he could not expect a fair trial, was subjected to unfair conditions in detention and was barred from meeting his wife under his bail terms. Ghosn has denied allegations that he underreported his future income and committed a breach of trust by diverting Nissan money for his personal gain.

The Taylors have not denied helping Ghosn flee, but argue they can’t be extradited. Among other things, they say that “bail jumping” is not a crime in Japan and, therefore, helping someone evade their bail conditions isn’t a crime either.

In a court filing on Friday, federal prosecutors urged Magistrate Judge Donald Cabell to rule that the men can be legally extradited. The U.S. Secretary of State will make the final decision on whether they will be handed over to Japan.

“The Taylors’ alleged plot to smuggle Ghosn out of Japan was one of the most brazen and well-orchestrated escape acts in recent history, involving a dizzying array of luxury hotel meetups, fake personas, bullet train travel, and the chartering of a private jet,” Assistant U.S. Attorney Stephen Hassink wrote.

An extradition hearing has been scheduled for Aug. 28.