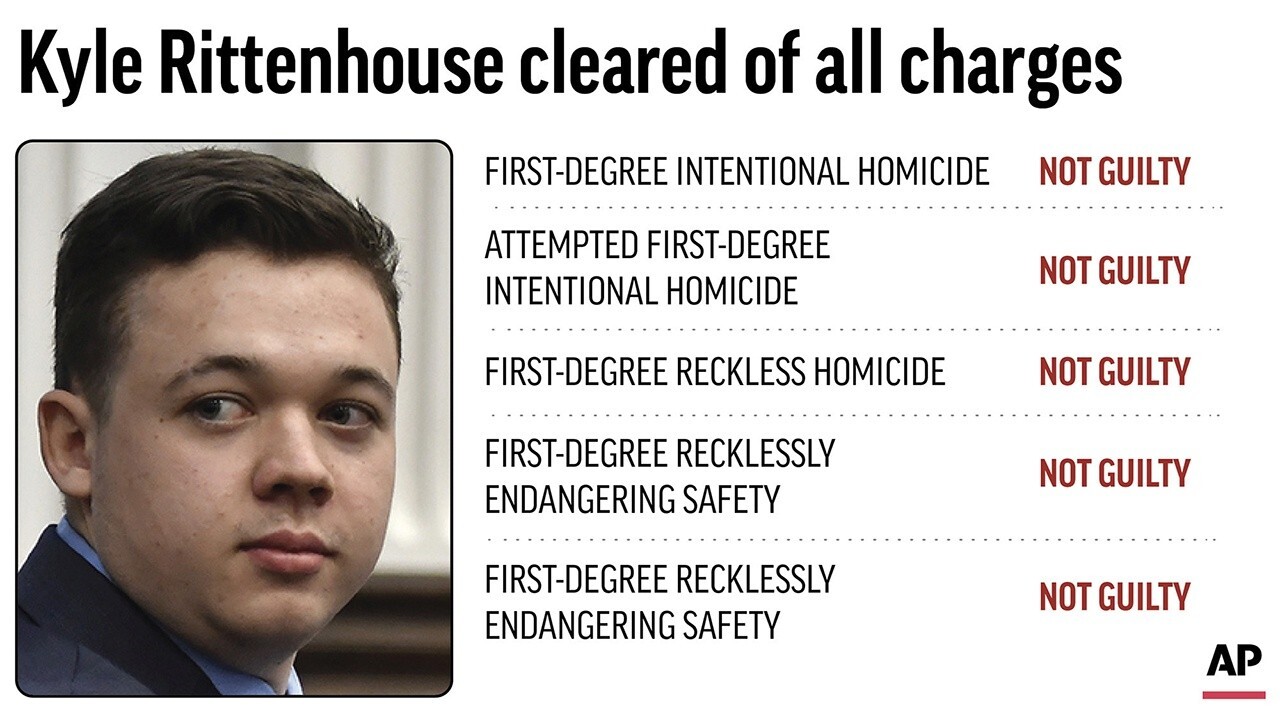 Why Kyle Rittenhouse was acquitted on all charges in Kenosha shootings

Levi Strauss & Co. reached out to its U.S. employees offering individual counseling and promoting a forthcoming session with a "racial trauma specialist" to "help promote safety, sharing and to encourage healing" following the acquittal of Kyle Rittenhouse, the company confirmed to FOX Business on Wednesday.

Levi's chief diversity, equity and inclusion officer, Elizabeth Morrison, sent an email following the verdict that began, "With the news that Kyle Rittenhouse was not convicted in the shooting of three individuals – two of whom lost their lives – during racial justice protests last year, this is a difficult day for many."

"The pain and trauma of race, identity and belief-based tragedies is a reality that many of us are struggling with on an ongoing basis," Morrison wrote before declaring, "To help promote safety, sharing and to encourage healing, I'll be hosting a fireside chat and Q&A with Dr. Jamila Codrington, a licensed psychologist and racial trauma specialist in early December."

Morrison added, "Dr. J and I will talk about the mental and psychical impacts of back-to-back social and racial justice events and trauma coping mechanisms during our discussion."

The Levi's executive went on to encourage individual counseling sessions for employees who need them, before sharing "resources to help [employees] impact social justice, equality and drive positive change" such as "getting educated and informed on the issue of gun violence" and "reaching out to your elected officials to let them know just how important common-sense gun laws are to you."

A Levi's spokesperson confirmed to FOX Business that the "email was sent to all US employees and that the purpose of the fireside chat is accurately described in the email."

Rittenhouse, 18, was found not guilty on all counts on Friday by a jury of his peers who found he acted in self-defense when he fatally shot two people and injured a third (who admitted during the trial to pointing a gun at Rittenhouse) who had attacked the teen during civil unrest in Kenosha, Wisconsin, following the police shooting of Jacob Blake. All three victims were White, and so is Rittenhouse.

KENOSHA, WISCONSIN - AUGUST 24: A person holds up a skateboard that says "BLM" for Black Lives Matter, as people gather in front of the police station the day after a Black man was shot by police causing outrage and local unrest in the city on August (Photo by Scott Olson/Getty Images / Getty Images)

Blake, who is Black, was shot by police in Kenosha in August 2020 after officers responded to a 911 call against him from the mother of his children. He had several warrants out for his arrest at the time, including one for sexual assault. He survived the incident, but remains paralyzed from the waist down.

Blake later admitted to holding a knife in the altercation, after several news outlets pushed the narrative that he was unarmed.