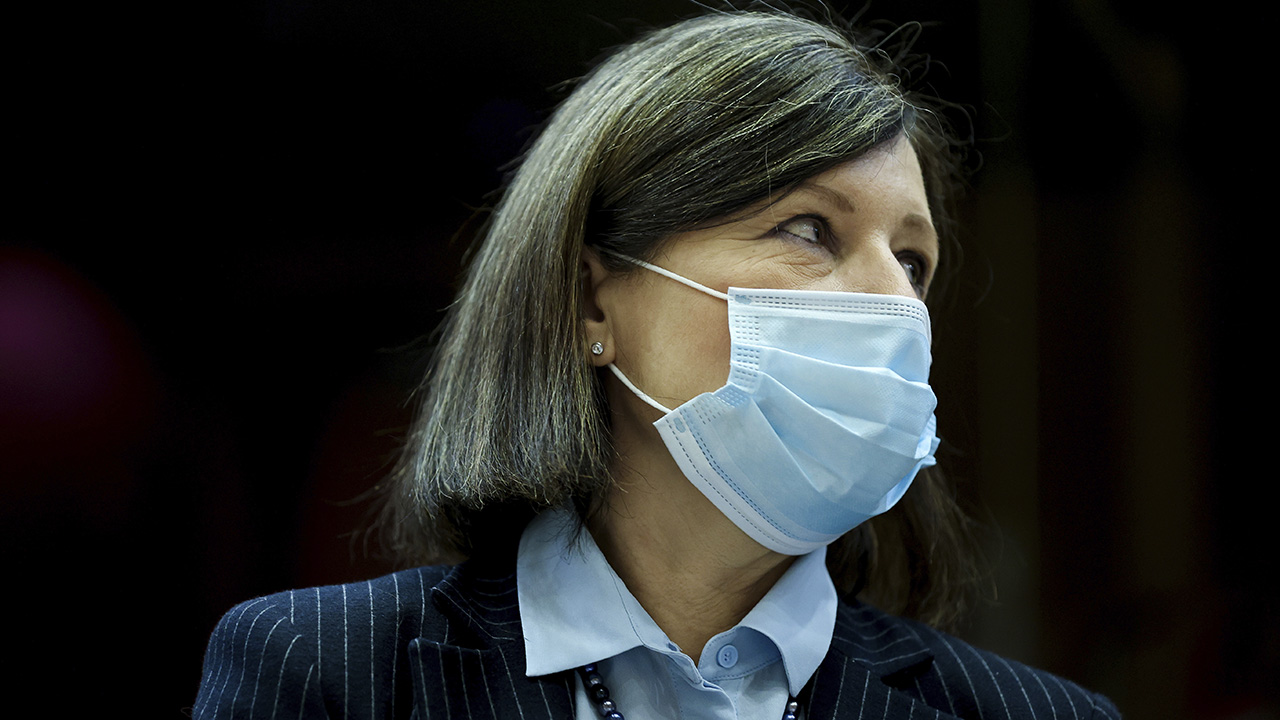 Concerned by the misuse of political advertising to undermine elections, the European Union on Thursday unveiled plans to help people better understand when they are seeing such ads online and who is responsible for them.

The proposals, aimed at ensuring fair and transparent polls or referendums, would also ban political targeting and "amplification techniques" used to reach a wider audience if they use sensitive personal data like ethnic origin, religious beliefs, or sexual orientation without a citizen’s permission.

"Digital advertising for political purposes is becoming an unchecked race of dirty and opaque methods," European Commission Vice-President Vera Jourova said. "A myriad of data analytics and communication firms work daily with our data to try to figure out the best way to convince us to buy something or vote for someone or not to vote at all."

European Commissioner for Values and Transparency Vera Jourova arrives for a meeting of the College of Commissioners at EU headquarters in Brussels, Wednesday, Oct. 27, 2021. (Kenzo Tribouillard, Pool Photo via AP)

She said people "must know why they are seeing an ad, who paid for it, how much, what micro-targeting criteria were used. New technologies should be tools for emancipation, not for manipulation."

The commission, the EU’s executive branch, hopes that the 27 member countries and the European Parliament will have debated and endorsed the proposals in national law by 2023, in time for Europe-wide elections the following year.

Companies like Facebook and Google, the two dominant players in the digital ad industry, would face fines if they failed to comply.

Facebook, which has faced heavy criticism for its lack of transparency on political ads, welcomed the move.

"We have long called for EU-wide regulation on political ads and are pleased that the Commission’s proposal addresses some of the more difficult questions, in particular when it comes to cross border advertising," the company, which recently renamed itself Meta, said in a press statement.

Google said in a blog post that it supported the proposals and recommended the commission clearly define political ads and spell out responsibilities for tech platforms and advertisers while still keeping the rules flexible.

Twitter, which banned all political ads in 2019, said it believed that "political reach should be earned, not bought" and noted that it has also restricted and removed micro-targeting from other types of ads like cause-based ones.

EXPLAINER: HOW US RULES ON INTERNATIONAL TRAVEL ARE CHANGING

Under the EU plan, political ads would have to be clearly labelled, and prominently display the name of the sponsor, with a transparency notice that explains how much the ad cost and where the funds to pay for it came from. The material would have to have a direct link to the vote or poll concerned.

Information must be available about the basis on which a person, or group of people, is being targeted by the advertisement, and what kind of amplification tools are being used to help the sponsor reach a wider audience. Ads would be banned if such criteria cannot be met.

Jourova told reporters that "the sensitive data that people decide to share with friends on social media cannot be used to target them for political purposes." She said that "either companies like Facebook are able to publicly say who they are targeting, why and how or they will not be able to do it."

The system would be policed by data protection authorities in each of the EU member countries. National authorities would be required to impose "effective, proportionate and dissuasive fines" when the rules are broken.