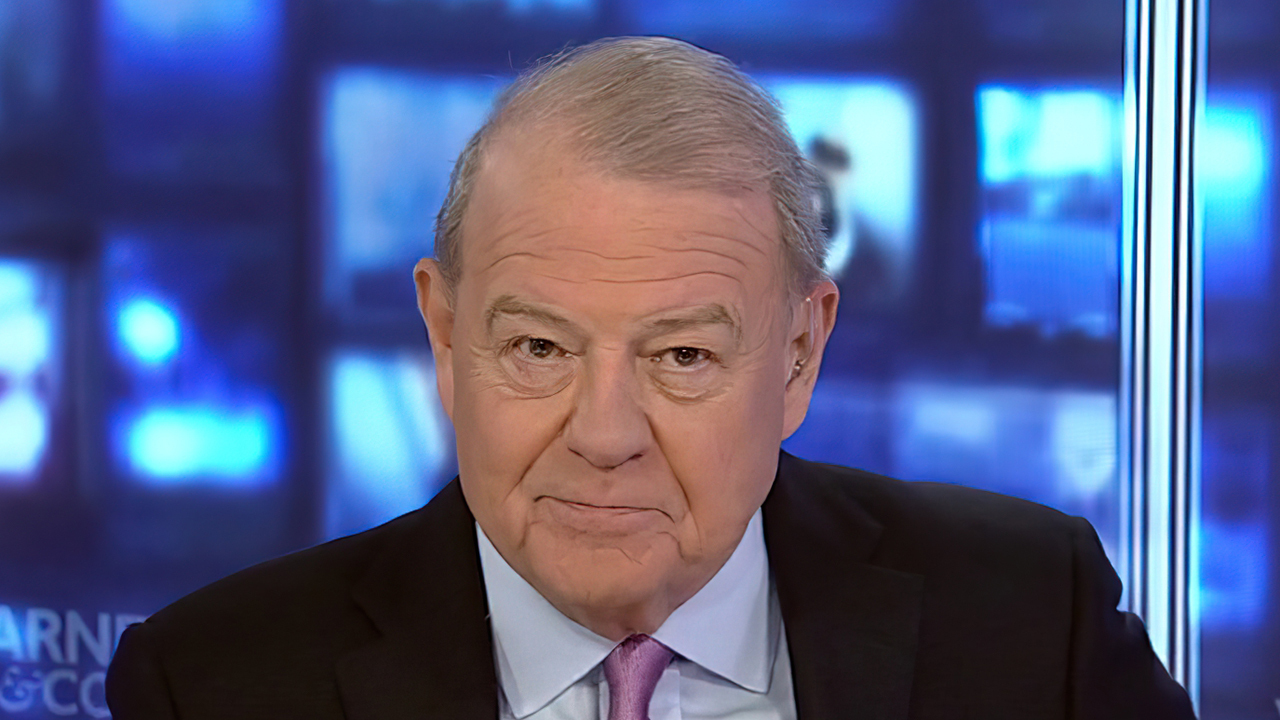 FOX Business’ Stuart Varney argues that Biden is partially to blame for the market sell-off amid inflation.

Democratic candidates in key Senate races across the country are campaigning on even more federal spending, despite soaring inflation.

Inflation has been on the rise due to the supply chain crisis facing America due to the COVID-19 pandemic and President Biden’s economic policies, which have included billions in federal spending.

Amid the rising gas and food prices, though, several Democratic candidates for Senate in 2022 swing states are advocating for more federal spending, particularly on environmental and health care issues.

RON JOHNSON REVEALS EXACTLY WHY HE BROKE HIS TWO-TERM PLEDGE

Republican Sen. Ron Johnson broke his pledge to limit himself to two terms in the Senate earlier this month, plunging into an electoral field full of hungry Democrats. The Cheese State’s selection of Democratic Senate candidates has several who are doubling down on government spending.

Wisconsin Lieutenant Gov. Mandela Barnes, here in a screenshot from the DNCC’s livestream of the 2020 Democratic National Convention, is one of the top Democrat contenders in the Senate race. (Handout/DNCC via Getty Images)

Lieutenant Governor Mandela Barnes, one of the top Democrat contenders, has boasted his "progressive credibility" in the Democratic primary, being a vocal supporter of the Green New Deal and Medicare-for-all.

"As I’ve done throughout my career, I’ll fight to bring common-sense solutions to the United States Senate like a Medicare-for-all plan that helps us realize the dream of health care for every American, a Green New Deal that benefits the people of Wisconsin and creates good jobs right here at home, and ensuring rich corporations and ultra-millionaires finally pay their fair share in taxes, so we can provide tax relief to Wisconsin families who have borne the brunt of the tax burden from Washington for far too long," Barnes said in August of last year.

Additionally, Democratic Senate candidate and Milwaukee Bucks senior vice president Alex Lasry — son of billionaire hedge fund manager and Bucks owner Marc Lasry — said he supports "Medicare for all who want it" and more federal spending to "increase the United States contribution to the Green Climate Fund, invest in additional research and development, and share technology and technical assistance with countries across the world."

MAJORITY OF AMERICANS ARE CONCERNED WITH INFLATION AND HIGH PRICES, STUDY SHOWS

Johnson said his decision to renege on his self-imposed term limit is because he believes the Democrats’ "complete takeover of government" has put America in "peril."

Progressive Lieutenant Governor John Fetterman is one of the leading Democratic candidates in the race and supports increased government spending, including both Medicare-for-all and parts of the Green New Deal.

Additionally, state Rep. Malcolm Kenyatta — another prominent Pennsylvania progressive running for the vacating seat — applauded the introduction of the Green New Deal in 2019 and supports "shifting our resources to fund a just transition and investments in green energy technology" as well as "Medicare-for-all."

Kenyatta told FOX Business in a Monday statement that he is "running for Senate so that we can finally have a government that works for working people."

"That means taking bold action – like lowering the cost of prescription drugs; combatting climate change by creating well-paying, clean union jobs; providing tax relief for the middle class; and funding universal pre-K across the country," Kenyatta continued. "We can do all this and pay for it by making sure that corporations and super-rich finally pay their fair share in taxes."

"These are reforms and investments that are popular not just with Democrats, but also Republicans and Independents," he added. "Right now, the only thing standing in our way is an obstructionist Senate that refuses to allow the federal government to help working families."

The trend continues in Georgia, where incumbent Democrat Sen. Raphael Warnock looks to defend his seat in a race that has quickly become less safe for the senator.

Warnock has called for the expansion of Medicare "including through a public option and early Medicare buy-in" and is running on a platform to "invest in infrastructure" to combat climate change.

Democratic Senator Rev. Raphael Warnock is up for reelection in the 2022 midterms.  (AP Photo/Ben Gray)

Atlanta, Georgia has also been one of the hardest-hit cities by inflation, with food and gas prices rising through the roof as the value of the dollar goes lower.

Republican Sen. Rob Portman is another GOP senator retiring at the end of this year, bringing in a whirlpool of Democrats with dollar signs in their eyes looking to pick up the seat.

Among them is Rep. Tim Ryan — a 2020 Democratic presidential primary candidate — who has boasted about his push to "pass a robust infrastructure plan that will put thousands of Ohioans to work modernizing our grid" while "going big on clean energy, and preparing for the challenges of the 21st century, all while using American-made materials."

Ryan also supports "expanding Medicare by lowering the eligibility age to 60, and allowing people to buy into the program at 50, along with creating a public option that will increase competition and bring down costs," and "allowing Medicare to negotiate prescription drug prices."

Rising inflation and higher prices are the top areas of concern among Americans, with a new poll showing 85% of Americans place it as their top issue.

Running on more federal spending may turn off more conservative and moderate voters in the states that are becoming more purple by the day.

None of the Democrats’ campaigns except for Kenyatta's responded to FOX Business’ request for comment.