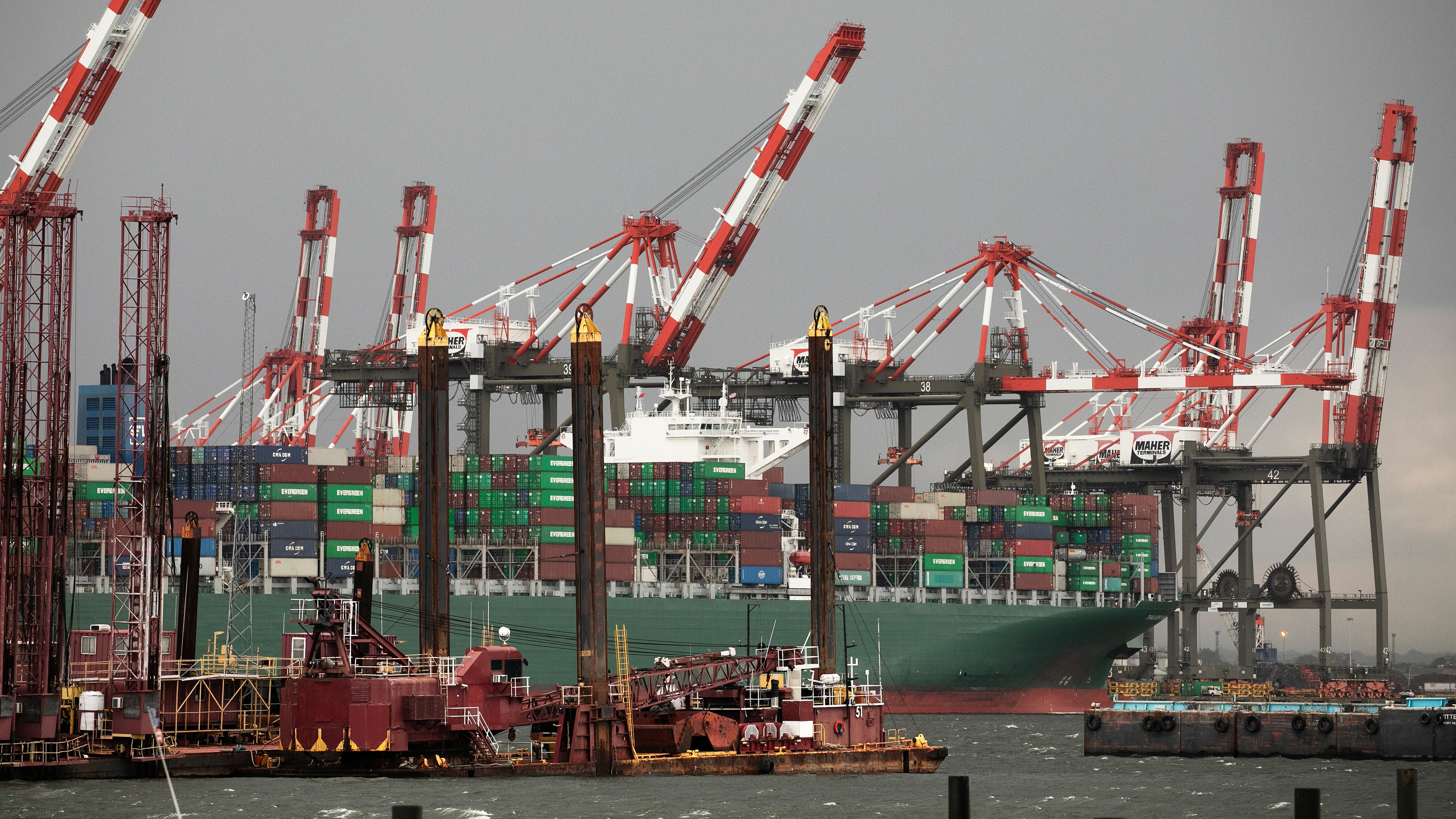 WASHINGTON (Reuters) - The U.S. trade deficit surged in April as the COVID-19 pandemic upended the global flow of goods and services, pushing exports to a 10-year low.

The Commerce Department said on Thursday the trade deficit jumped 16.7% to $49.4 billion. Economists polled by Reuters had forecast the trade gap increasing to $49.0 billion in April.

Global lockdowns to slow the spread of COVID-19 have severely disrupted the movement of goods and services between countries, leading to sharp contractions in economic activity. Gross domestic product in the United States declined at a 5.0% annualized rate in the first quarter, the steepest pace of contraction in output since the fourth quarter of 2008.

A container ship is docked at Maher Terminals in Elizabeth, N.J., May 11, 2020. (AP Photo/Mark Lennihan)

Travel restrictions weighed on exports of services, which resulted in the surplus on the services account narrowing to $22.4 billion, the smallest since December 2016.

THIS MOVE WILL GET PEOPLE BACK TO WORK, FATTEN PAYCHECKS OF 150 MILLION WORKERS

The import number has been shrinking as the United States waged a trade war with China. A sharp reduction in crude oil imports has also been a factor, with the United States becoming an oil exporter last year. The country posted a record $3.2 billion petroleum surplus in April.

MAJOR US AIRLINES WILL SUSPEND SERVICE TO DOZENS OF DOMESTIC AIRPORTS