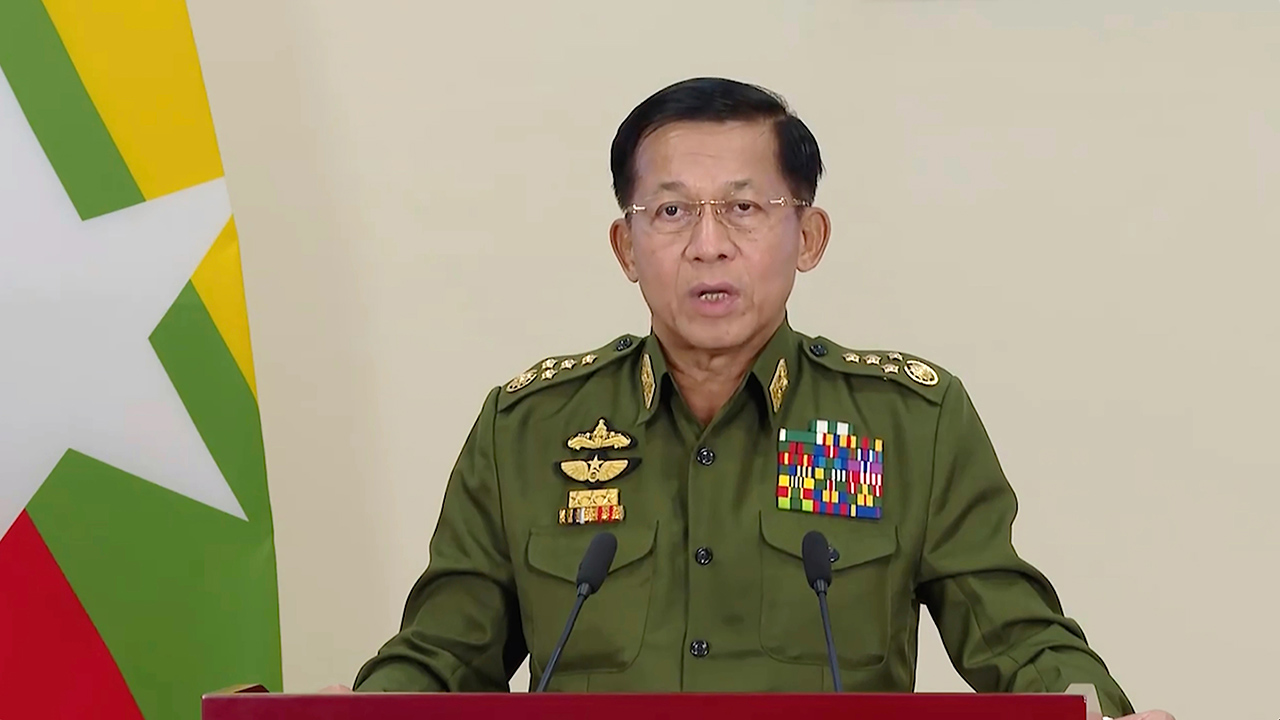 Myanmar's military rulers attempted to move about $1 billion held at the Federal Reserve Bank of New York days after seizing power on Feb. 1, prompting U.S. officials to put a freeze on the funds, according to three people familiar with the matter, including one U.S. government official.

The transaction on Feb. 4 in the name of the Central Bank of Myanmar was first blocked by Fed safeguards. U.S. government officials then stalled on approving the transfer until an executive order issued by President Joe Biden gave them legal authority to block it indefinitely, the sources said.

The attempt, which has not been previously reported, came after Myanmar's military installed a new central bank governor and detained reformist officials during the coup.

It marked an apparent effort by Myanmar's generals to limit exposure to international sanctions after they arrested elected officials, including de facto leader Aung San Suu Kyi, who had won a national election in November. The army seized power alleging fraud, claims that the electoral commission has dismissed.

A spokesman for Myanmar's military government did not answer repeated calls seeking comment. Reuters was unable to reach officials at the central bank.

The United States, Canada, the European Union and Britain have all issued fresh sanctions following the coup and the army's subsequent deadly crackdown on demonstrators. The United Nations said on Thursday that at least 54 people have been killed since the coup. More than 1,700 people had been arrested, including 29 journalists.

Announcing a new executive order paving the way for sanctions on the generals and their businesses, Biden said on Feb. 10 that the United States was taking steps to prevent the generals from "improperly having access" to $1 billion in Myanmar government funds.

U.S. officials did not explain the statement at the time, but an executive order issued the next day specifically names the Central Bank of Myanmar as part of Myanmar's government. The order authorizes the seizure of assets of Myanmar's post-coup government.

Two sources told Reuters the executive order was designed to provide the New York Fed with the legal authority to hold the $1 billion of Myanmar reserves indefinitely.

Myanmar's reserves would be managed by part of the New York Fed known as Central Bank and International Account Services (CBIAS), where many central banks keep U.S. dollar reserves for purposes such as settling transactions.

An attempt to empty the account was made on Feb. 4, but was blocked automatically by processes that had been put in place at the New York Fed before the coup, two of the sources said.

One source said that was because transactions involving Myanmar require extra scrutiny as the country last year was placed on the international Financial Action Task Force's "gray list" for money laundering concerns, in part because of the risk of proceeds from drug trafficking being washed through its banks.

CBIAS' compliance manual, made public in 2016, says New York Fed guidelines include provisions for responding to developments in account-holding nations.

"When appropriate," it says, the bank's legal department "will be in communication with the U.S. Department of State in order to clarify current events and any changes that may affect the central bank and corresponding control of the FRBNY account."

The State Department declined to comment on this story.

Myanmar's generals appeared to be firmly in control of the Central Bank of Myanmar at the time of the attempted withdrawal.

When the military took charge in Myanmar on Feb. 1, it installed a new central bank governor and detained key economic officials, including Bo Bo Nge, the reformist deputy governor and Suu Kyi ally, according to the Assistance Association for Political Prisoners. As of Thursday, he remains under detention, according to the association.