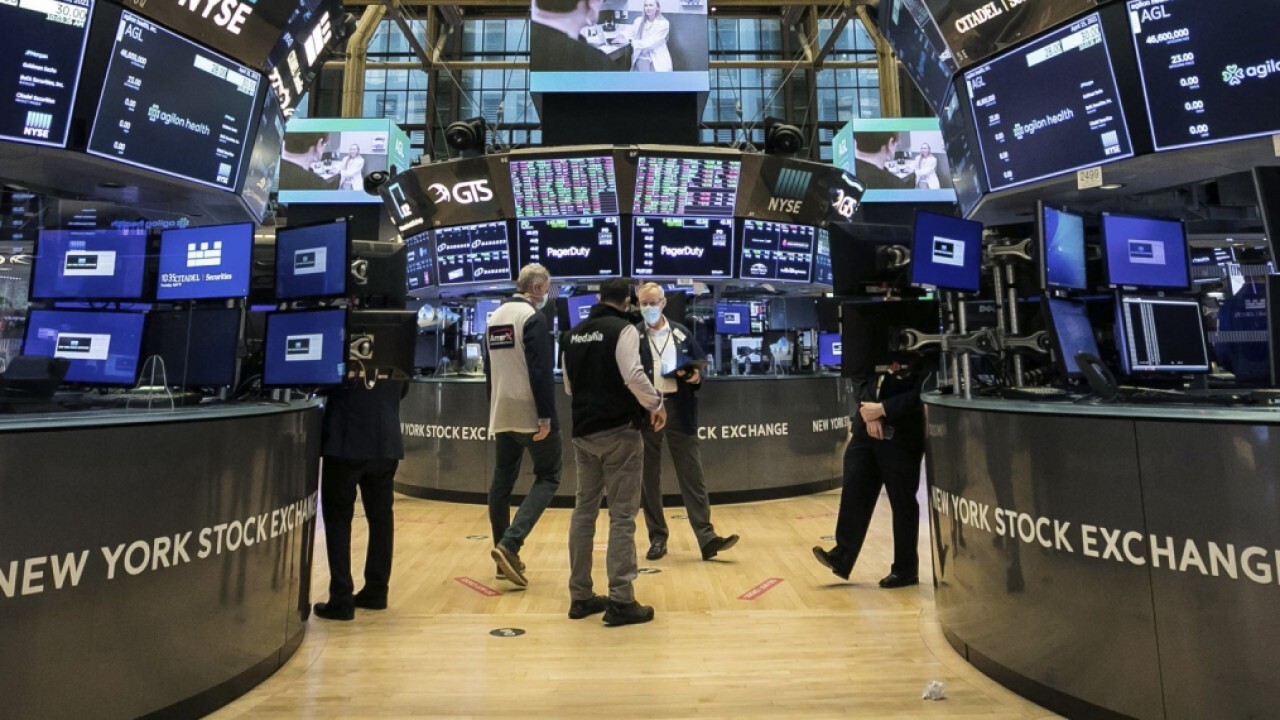 How investors can own private company stocks before they go public

Housing starts in March jumped by 19.4% from the prior month to 1.74 million units, the best showing since June 2006, while permits rose over 2% to 1,76 million units. Both signs of future demand. The strong data lifted the homebuilders.

In earnings, Morgan Stanley wrapped up earnings reporting by the big banks with a beat on both the top and bottom lines fueled by its deal-making unit.

Meanwhile, the NFL is partnering with Caesars Entertainment, DraftKings and FanDuel, all of which will get the use of NFL trademarks and official league data, and will integrate their own betting content into media properties including NFL.com and the league's official app.

Alcoholic beverage producer Brown-Foreman Corp. announced CFO Jane Morreau will leave the company on July 1. She will be replaced by current Senior Vice President Leanne Cunningham who has been at the company for over 25 years.

Investors are also eyeing Playboy, which is focusing on a brand refresh after returning to the public markets, the stock is hovering at record levels gaining over 219% since its SPAC merger closed in March.