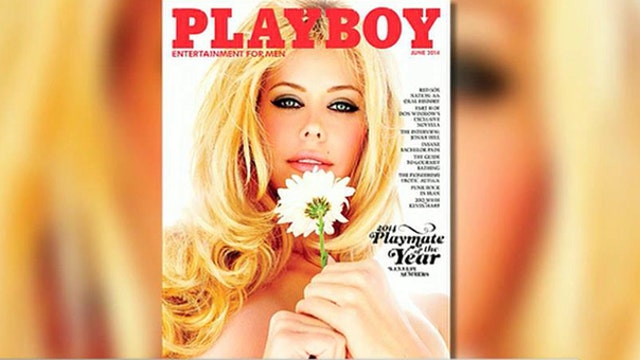 From the pages of Playboy to day trading

Playboy Playmate-turned-day-trader Kennedy Summers on how she got her start in finance and what her strategy is.

A deal with a blank-check firm - referred to on Wall Street as a special purpose acquisition company (SPAC) - could result in Playboy’s return to the stock market, nine years after it went private in a $207 million deal led by its late founder Hugh Hefner and private equity firm Rizvi Traverse Management.

Since then, the company’s print sales have fallen further. The COVID-19 pandemic compounded its challenges, leading Playboy earlier this year to stop printing the magazine, ending a nearly seven-decade run on newsstands that began in 1953 with a debut issue featuring Marilyn Monroe.

Playboy is working with an investment bank to engage in discussions with a potential SPAC buyer, the sources said. A deal, if one is reached, would give Playboy access to money it needs to finance growth initiatives that it otherwise might not be able to tap, one of the sources said. The sources spoke on the condition of anonymity because the talks are confidential.

The sources cautioned that it is possible no deal will materialize. Playboy Chief Executive Ben Kohn and Rizvi Traverse Chief Investment Officer Suhail Rizvi did not immediately respond to requests for comment.

The company had explored a sale in 2016, Reuters reported at the time.