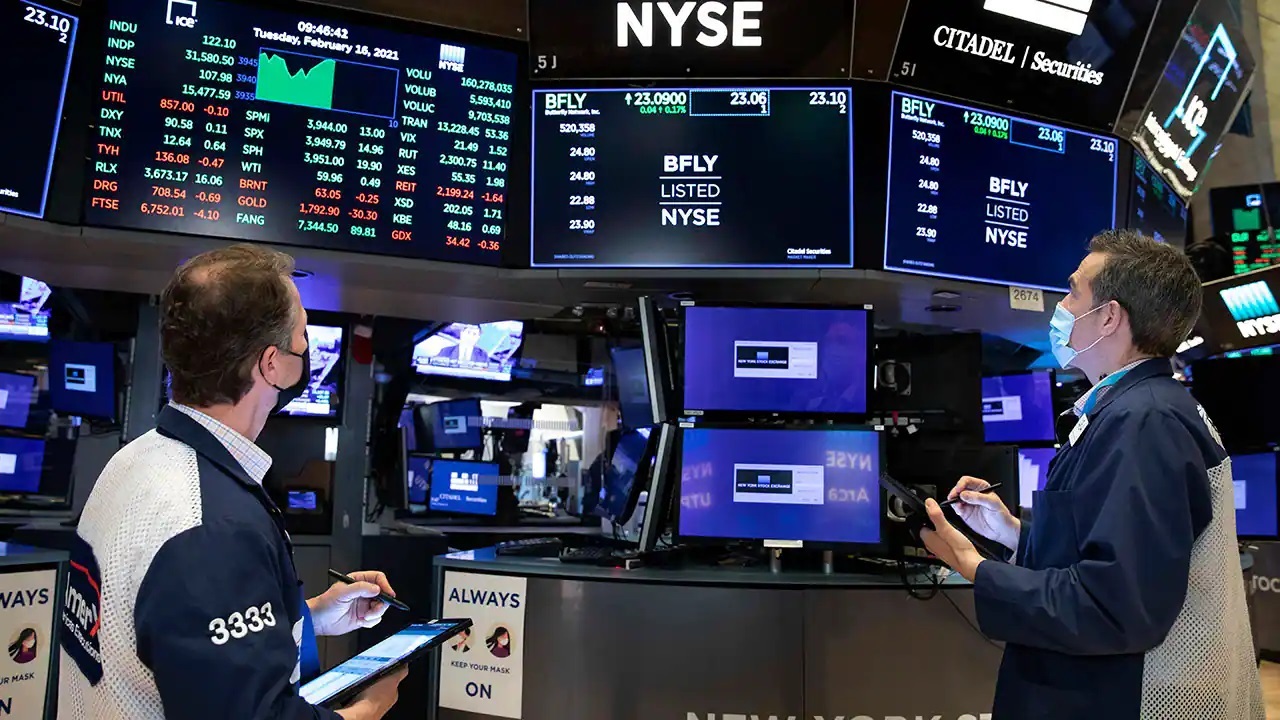 Markets in melt-up now, but will 'pull back and correct itself': Market strategist

Morgan Stanley said Friday that first-quarter profit more than doubled from a year earlier, another Wall Street firm that reaped big gains from the euphoric market conditions of early 2021.

The New York-based bank reported record quarterly profit of $4.1 billion, or $2.19 a share, on revenue of $15.7 billion. That beat the consensus estimates of analysts polled by FactSet of per-share earnings of $1.72 on revenue of $14.1 billion.

STOCK FUTURES POINT TO RECORD HIGHS AT THE OPENING BELL

Record performance across many of its businesses was offset by $911 million in losses Morgan Stanley booked related to the blowup at Archegos Capital Management in March.

The same waves that lifted Goldman also lifted Morgan Stanley. Stock- and bond-trading revenue rose 29% to $5.8 billion. Fees from advising on deals and underwriting stock and bond offerings more than doubled to $2.6 billion.

Morgan Stanley’s E*Trade business also benefited from the burst of trading activity among individual investors. The number of retail-trading clients at Morgan Stanley increased 7% from the end of 2020 to 7.2 million, and the average daily number of retail trades the company handled for the quarter exceeded 1.6 million.

Revenue at Morgan Stanley’s wealth-management division, which includes E*Trade, increased 47% to roughly $6 billion. Its profit margin reached 27% before taxes, up slightly from the first quarter of 2020.

The firm’s return on tangible equity, a measure of how profitably it puts shareholders’ money to use, was 21% for the quarter.

Operating expenses increased 45% to $10.5 billion thanks in part to a 59% increase in compensation and benefits. Morgan Stanley’s first-quarter compensation expense of $6.8 billion was 43% of revenue, a similar ratio from a year earlier.

Unlike other banks that have reported weak demand for loans among their consumer and commercial clients, Morgan Stanley boosted lending by 15% to $303.4 billion outstanding.