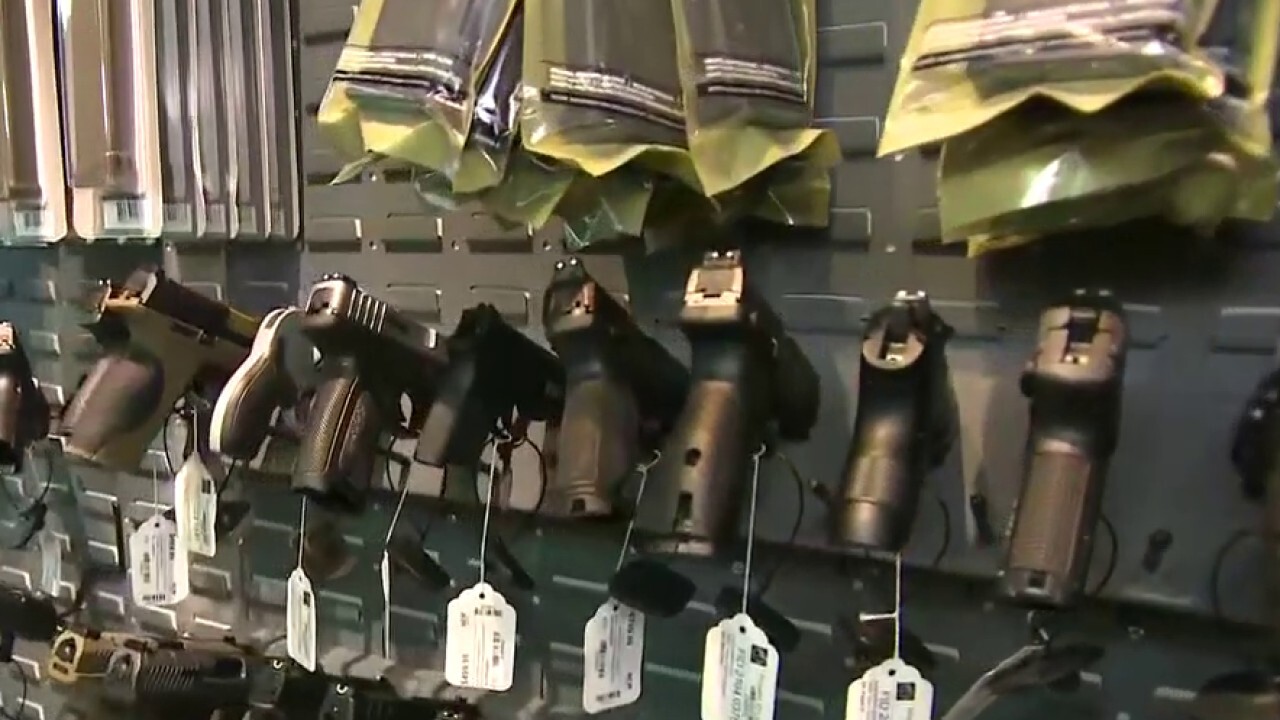 Gun sales skyrocket as crime surges in cities across US

Ammunition inventories that were depleted during the pandemic are showing no sign of improving, according to Smith & Wesson Brands CEO Mark Smith.

Gun sales in the U.S. have soared over the past 15 months as people sought protection in response to the wave of civil unrest that occurred following the death of George Floyd as well as an increase in socially distant outdoor activities amid COVID-19 lockdowns.

Firearms enthusiasts also stocked up to prepare for the possibility of stricter gun regulations during the Biden administration.

The unprecedented demand for firearms has made it difficult for manufacturers to keep ammunition on store shelves.

"It's widely known the ammunition shortages continue," said Smith & Wesson CEO Mark Smith. "There is still a lot of interest in firearms."

Background checks are indicative of sales trends but don’t translate directly to sales. For example, customers can purchase multiple firearms at once and only be the subject of one background check.

A survey of 1,800 customers conducted in April by market research firm Southwick Associates found three-quarters of respondents encountered out-of-stock issues when trying to purchase ammunition. That was down slightly from the four in five customers who faced the problem in 2020.

Eighty-one percent of those surveyed said they would like to have more ammunition.

"At some point, demand will certainly soften," said Rob Southwick, president of Southwick Associates. "However, frenzied purchasing and empty shelves often fuels further increases in demand. We do not see demand softening in the near future."