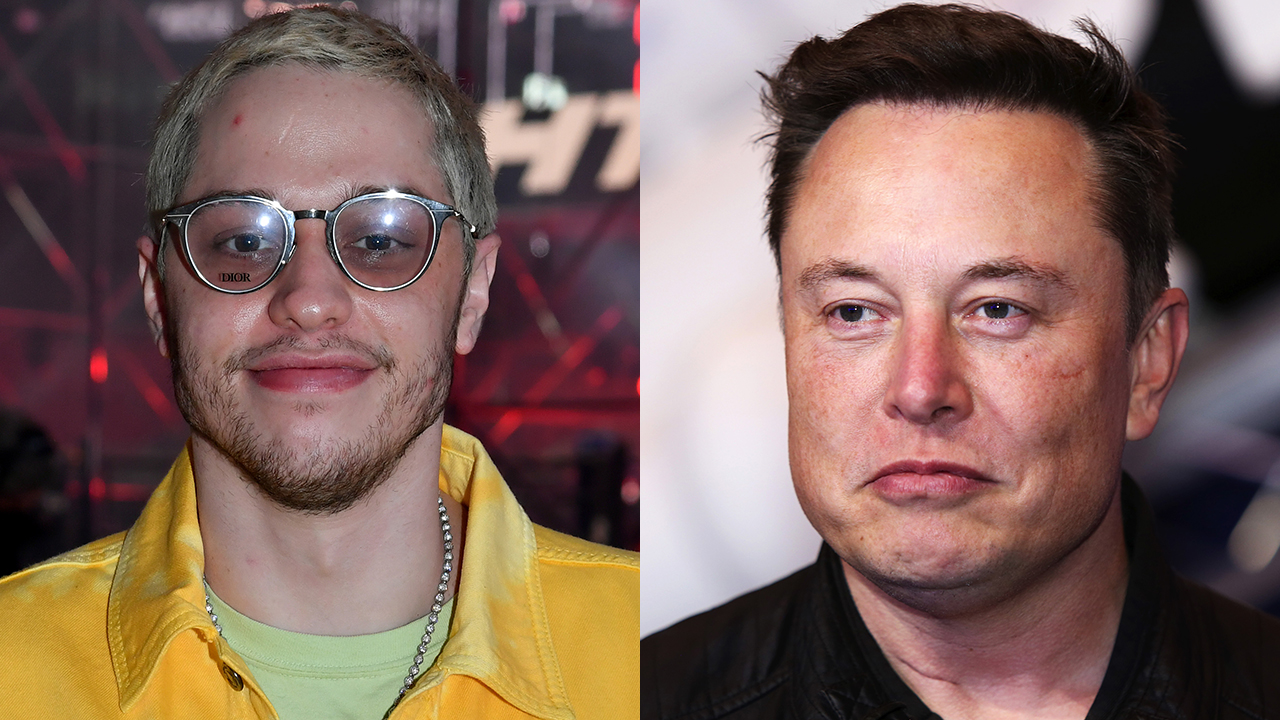 "What’s the big deal?" Davidson, 27, asked on Tuesday night’s appearance on "Late Night with Seth Meyers." "I don’t know why people are freaking out," he continued.

"They’re like, ‘Oh I can’t believe that Elon Musk is hosting!’ And I’m like, the guy that makes the earth better, kind of and makes cool things and sends people to Mars?"

The actor and funnyman went on to admit that he is actually looking to having dinner with the SpaceX wizard and showrunner Lorne Michaels after the curtain closes on Musk’s May 8th show.

"I’m really excited, man. I’m gonna ask him for like a Tesla or some s–t."

During his conversation with Meyers, the stand-up comedian also opened up about the intense pain of removing many of his infamous tattoos as he has been landing more acting gigs as of late and covering them up can be a challenge.

"I honestly never thought that I would get the opportunity to act and I love it a lot," he exuded, referring to his roles in films "The King of Staten Island" and the latest installment of "The Suicide Squad," slated for release later this year.

"You have to get there three hours earlier to cover all your tattoos, because for some reason, people in movies, they don’t have them that much," Davidson quipped, before explaining the painful removal process.

"So now I’m burning them off, but burning them off is worse than getting them," he said. "Because not only are they, like, burning off your skin, but you’re wearing these big goggles, right? So you can’t see anything and the doctor’s in there with you."

PETE DAVIDSON GETS HUGE TATTOO OF UNICORN ON ARM, POSSIBLY HIS BIGGEST ONE YET

Davidson said the doctor has to be granted patient permission to remove each work of ink.

"Before he goes to laser each tattoo, you have to hear him announce what the tattoo is to make sure if you want to keep it or not," Davidson maintained. "So I’ll just be sitting there all high off of the Pro Nox [nitrous oxide] … and then all of a sudden I’ll just hear, ‘Are we keeping the Stewie Griffin smoking a blunt?’ And then I have to sit there and be like, ‘No, Dr. G.'"

Davidson’s portfolio of tattooed works also includes a tribute to his father, Scott Davidson, who lost his life while responding to the September 11, 2001, terrorist attacks as a firefighter.

Following his breakup with former fiancée Ariana Grande, the "SNL" star covered a tattoo that was inspired by his ex-lover with the word "cursed."

"If you’re going to get tattoos, just make sure you really, really want it — and aren’t on mushrooms," Davidson advised.